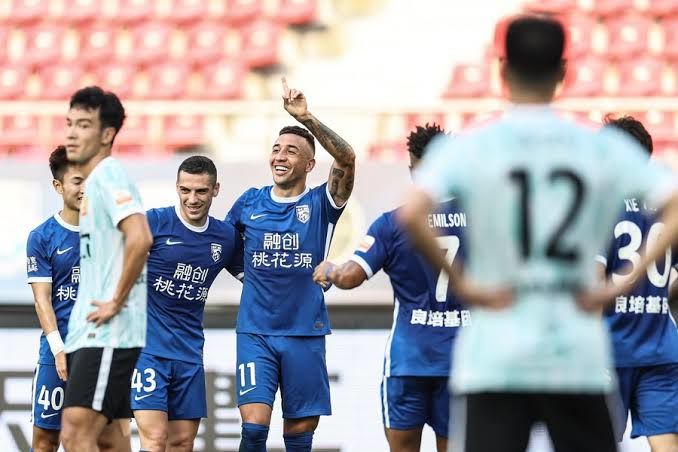 Wuhan Three Towns prepare for their 21st matchday in the Super League at the Huzhou Olympic Sports Center following a shocking loss to Cangzhou Mighty Lions, and with a clear-cut outcome required, they'll fancy their chances of returning to winning ways by defeating Hangzhou Greentown on the road.

Luck was on their side as they got away from their recent road match against Meizhou Hakka with a point after being limited to a 0-0 stalemate with only four shots taken with none on target to account for their lackluster performance.

While they have yet to lose in their previous five matches, they have accumulated a total of 9 points from two victories and three draws, and their form has been consistent enough to land them in 7th place in the Super League rankings with 29 points.

With some similarities to the visitors, they have only suffered one setback at home in the Super League so far, against Henan Jianye by a 1-0 scoreline, and have since gone unbeaten in their past five home matches, collecting 13 points in the process.

Their days of running rampant in the Super League came to an end when they were caught off guard by struggling Cangzhou Mighty Lions in their recent match, losing 4-3 at home leaving them stunned.

While that was their first lone defeat in the last five matches, they were on a 4-match unbeaten streak that saw them accumulate 10 points, and their form has been as rock solid as it can be, with their performance nothing short of remarkable.

Sitting in 1st place in the standings with 47 points after 18 games played, they see themselves leaving behind a trail of a 4 point deficit for second placed Shandong Taishan to catch up to, and that's enough ammunition to see their position threatened as they look to get back to winning ways.

While their defeat to Cangzhou Mighty Lions cast doubt on their ability, it's worth mentioning that the visitors have been a juggernaut under Morilla's leadership and are undoubtedly worthy of being backed up for a road victory.

Hangzhou Greentown have been a potent side in their fixtures, responding well to any deficiencies in their performance, and there's no sidelining them out for getting on the scoreboard and turning this into a goal-scoring rhapsody against a formidable side that has only kept one clean sheet in their last five games played.

With their incredible 17-match unbeaten streak coming to an end, we don't think it's enough to dampen their spirits because they still have a chance to get the ball rolling again and record a positive result against their opponent, and a win for them this time around is not out of the question for a side that has been an overwhelming force in recent matches.