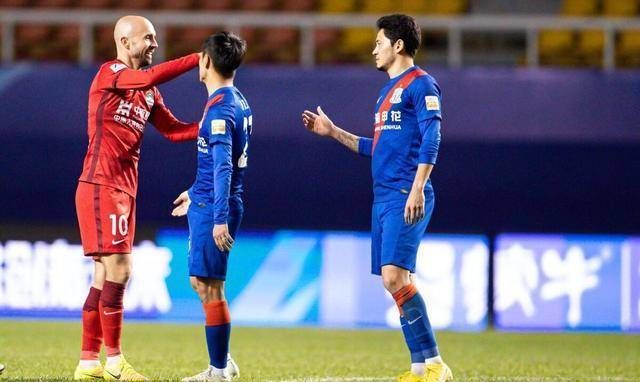 The 22nd matchday of the Super League is underway at the Zhengzhou Hanghai Stadium, and with Hebei FC extending their losing streak to 12 games, they've put themselves on the radar of Henan Jianye, who will be looking to get back on track after their recent setback against Shanghai Shenhua.

With their third place officially taken away from them due to an inconsistent run in recent matches, they are attempting to pick up the pieces once more in an attempt to get back on track, but their recent away match against Shanghai Shenhua was not at all what they expected, as they were defeated 1-0.

In that game, they had 76% possession and 6 shots on goal, but a reckless challenge five minutes into the second half was all it took to derail them from a resounding victory, and three points were dropped as a result.

Prior to that, their most recent match against Chengdu Rongcheng ended in a 0-0 draw with a share of the spoils, and their last five matches have not yielded much in terms of points collected, totaling 4 from one win, one draw and three losses.

While they only have themselves to blame for their current position of 6th place with 31 points, they are only three points away from climbing up to 4th place, and with the need to tread carefully this time, it is an important emphasis for them as a loss will only result in them dropping down in the rankings.

More like a sinking ship rapidly sinking in the depths of an inconsistent form, the visitors suffered a disappointing home loss to Cangzhou Mighty Lions by an unbearable 5-0 scoreline and it appears that improvement in performance moving forward is a long way off.

With only one win in the Super League from 19 matches played, it shows how dire their form is, and while they do have an equal chance of redemption to turn the tables for a convincing set of results, they still have a long way to go.

A more positive attitude and determination in the upcoming matches could see them escape the relegation zone, but this may be too far-fetched given their recent performance, as they are on a 12-match losing streak.

As they currently sit in 18th place in the Super League standings, they have not won in their last nine away games of the season, as they are on a 9-match losing streak with 25 goals conceded and only 4 goals scored, and it appears that they are in for another road loss.

Henan Jianye has won six of the last eight Super League meetings; Hebei FC has won one; and there has been one draw, with a goal difference of 17-9 in favor of Henan Jianye.

With an urgent need to improve, Henan Jianye may have found the ideal candidate to record a resounding victory and rekindle their positivity, walking away with all three points at hand, and while maximum engagement will be required to do so, they will be by far the superior side in this fixture.

Hebei FC's recent performance has been erratic as they have grown accustomed to being walked over by their opponents in matches with little to no change to improve, which is why they find themselves relegated and more disappointing results are to be registered along the way if no change is made.

Bookmakers are not giving much for Henan Jianye to win in this case, so we expect the hosts to cruise easily in this encounter, and given Hebei FC's defense lapses in previous matches, we fancy Henan Jianye to score three goals in the process, even though they are not known to be an offensive side in specific situations.