Independiente Petrolero vs Sociedade Esportiva Palmeiras: Will the Greens guarantee a playoff spot? 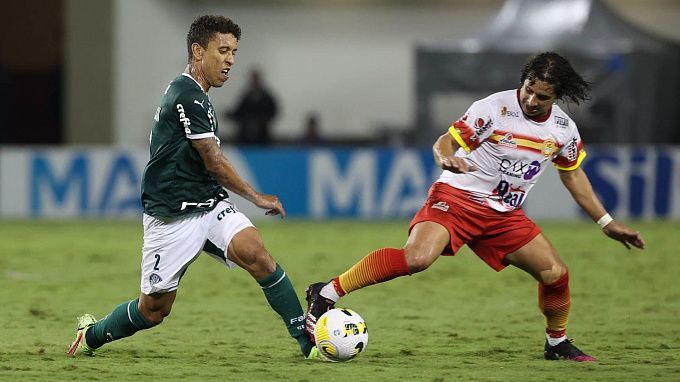 In round 4 of the Libertadores Cup, Palmeiras will face Bolivian club Independiente Petrolero on the road. Despite the field factor, the Greens are regarded as the favorites, which is hard to argue with, considering the level of their opponents and the fact that the Brazilians are still motivated in the standings.

After a home defeat to Deportivo Táchira, the Independiente Petroleros played one game in their league, beating Jorge Wilstermann 3:2. That's not to say that the home side is in poor form, but it's hard to compare Independiente's level with their group rivals. They are in the fourth position before the fourth round in the Libertadores Cup, with an asset of one point. Deportivo Tachira is three points behind, and Emelec is two points back. It is also worth mentioning that the first-round match between our teams ended in a huge 8:1 victory for Palmeiras.

The Palmeiras side's three-match winning streak, which began with the derby defeat of Corinthians, continued with an away victory over Emelec in the Libertadores Cup and a Brazilian Cup victory over Juazeirense. All the Greens matches in this period have been productive, with TO (2.5). Notably, a win in the upcoming game guarantees Palmeiras a place in the Libertadores Cup play-offs. The Greens will be able to concentrate on domestic tournaments. In other words, the club from Sao Paulo is well motivated for the upcoming encounter.

There is no doubt that the Brazilians have come to Bolivia for three points. We should remind you that a win on Wednesday would guarantee Palmeiras a play-off place. Palmeiras have been playing high-scoring games and scoring more than one goal per game against their opponents in recent times. We believe that the Greens will achieve at least two goals in Bolivia. Our first bet for this match is a combined option on the guests: W2+TO (1.5). The second bet is a correct score 0:3 in favor of Palmeiras.