Sao Paulo vs Palmeiras: Will the Tricolor beat the Big Green again? 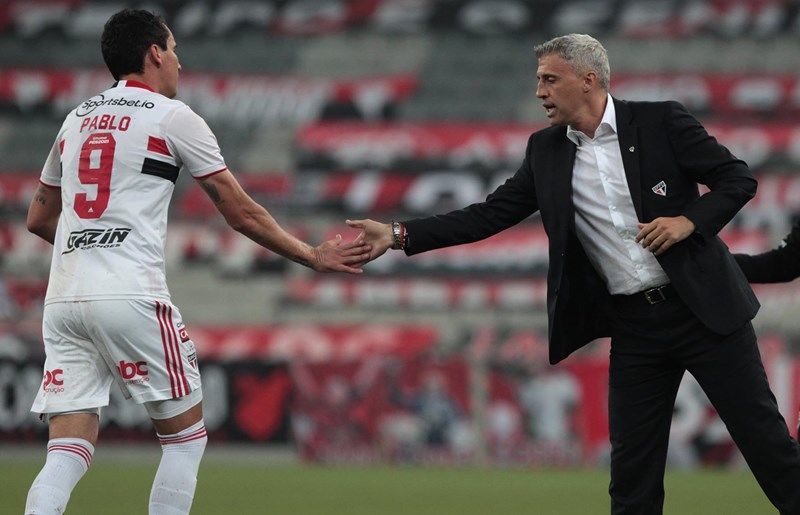 One of the major clashes of the Copa Libertadores quarter-finals will begin at the Morumbi. Despite a decent points differential between the teams in the Brazilian league, the bookmakers are in no hurry to crown Palmeiras as the winner of the tie. The Tricolor have been very uncomfortable opponents for the Big Green of late.

Despite their weak Serie A position, Sao Paulo are in good form and ready to challenge Palmeiras in the Copa Libertadores. In the Brazilian league table, Sao Paulo are only 16th, just one point ahead of America Mineiro, sitting in the relegation zone.

Such a situation only motivates Sao Paulo for the Copa Libertadores. After all, it’s already clear that the Tricolor will not be able to fight for the title. It would be good if they could climb into the top six, considering the density of the standings in Brasileirao. Another point worth noting is that Sao Paulo have not lost in 4 consecutive matches. The future hosts knocked out Vasco da Gama from the Brazilian Cup, beating that team twice, 2-0 and 2-1. Sao Paulo played out a 0-0 draw with Palmeiras in the Brazilian championship and a 2-1 win over Atletico Paranaense. Incidentally, the encounter against Palmeiras was generally even.

Palmeiras are the reigning winners of the Copa Libertadores. Naturally, the team from Sao Paulo have a title confirmation in their plans. However, it seems that the main goal for the season for Palmeiras is to regain the national title. Flamengo have reigned supreme in Brazil for two seasons in a row, and it’s time for that hegemony to end. But, that by no means suggests that Palmeiras will give away the win against Sao Paulo. Besides, let’s not forget that our opponents are teams from the same city, which, by the way, played each other in the Paulista final this season. But for the match against Sao Paulo, Palmeiras are in a bad mood after a 2-3 home defeat against Fortaleza. It’s not just the defeat that should worry fans, but also the three goals conceded by a strong but not very away team.

Do you know how many matches in a row Palmeiras cannot beat Sao Paulo? That’s right, seven, since October 31, 2019. The series has dragged on and is looking at the standings of their rivals in Brasileirao. It seems that now is the perfect opportunity for Palmeiras to take revenge. But we’re not at all confident that the Big Green will be able to do so. Sao Paulo currently look preferable to their opponent in their last four games in terms of their overall mood. So we are on the side of the home team in this meeting. Here are the odds for the match: W1 for 2.72, Handicap 1 (0) for 1.90, Total Under (2) for 1.75.