Dinamo Zagreb vs Hajduk Prediction: The Blues will have no problem earning another trophy 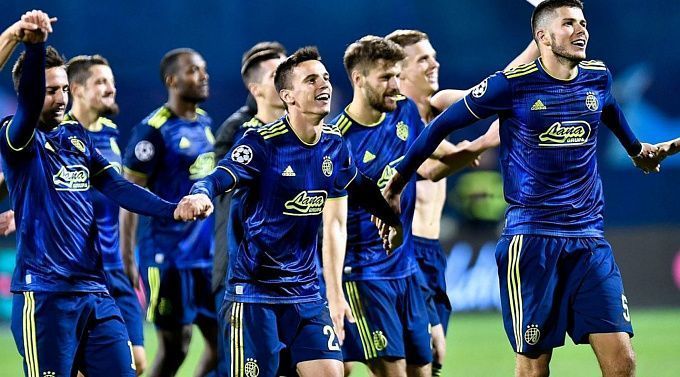 Dinamo Zagreb has once again won the Croatian championship, or more precisely, for the fifth time in a row. The team did have an excellent season in the elite and finished seven points ahead of second-placed Hajduk. The Blues haven't precisely been preparing hard for the upcoming Super Cup. They played two friendlies, beating Skendija (3:0) before losing 3:3 to Spartak Trnava.

Hajduk had a great season in the league, finishing in second place with 72 points, and they also managed to lift the trophy over their heads by beating Rijeka 3:1 in the Croatian Cup final. Hajduk has taken a more responsible approach to prepare for the upcoming match. They have played four friendlies, but unsuccessfully - two draws (against Hamburg 2:2 and 1:1 against Kisvarda) and two defeats (0:2 against CFR Cluj and 0:3 against Gent).

Dinamo Zagreb approaches the upcoming game as a favorite. The team is superior to their opponents, plus they will be playing in Zagreb, where they won't be without the support of their fans. The opponents met in the last round of last season's Croatian championship. Back then, the Blues clinched a comfortable 3:1 win. In our opinion, the Super Cup will follow a similar pattern.