Dinamo Zagreb vs NK Slaven Belupo Prediction: The Citizens To Revive Their Dominant Feature With A Convincing Performance At Home 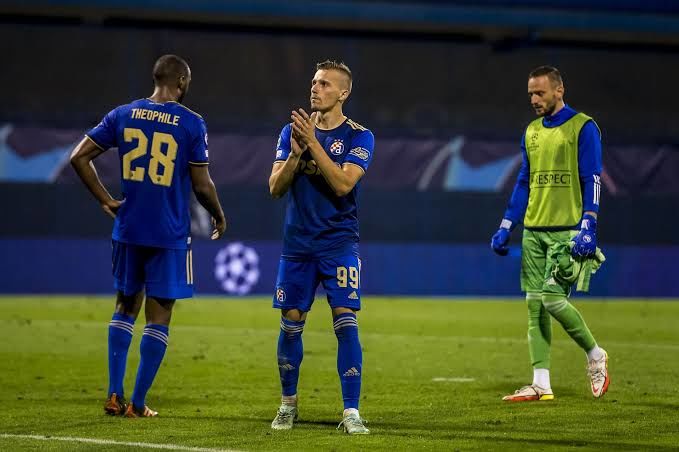 With the international break over, Dinamo Zagreb hosts NK Slaven Belupo at the Stadion Maksimir for the 11th matchday of the Croatian championship, hoping to continue their destructive form with more precision this time.

The defending champions were all smiles in the Croatian Cup round of 32 as they unleashed their quality and skill, thumping NK Borinci Jarmina 4-0 to book their ticket to the next round.

Prior to that, they had won 2-1 against Lokomotiva Zagreb in the Croatian championship to earn three points on the road, making it six wins in a row and extending their unbeaten run to 10 matches, and they have done well to maintain their impressive form thus far.

The defending champions have made their home field into an impenetrable fortress in the last five home games they have played, totalling 15 points and making it five straight wins at home. This is in addition to the fact that they have won the last five games at home in all competitions without suffering a loss.

They are in first place with 28 points, and have made sure to tie up any loose ends along the way. By increasing the point differential to 11, they have made it difficult for HNK Hajduk Split and NK Slaven Belupo, who are both in second place with 17 points, to catch up.

Based on their impressive home form, it's unlikely that they'll be in a position to lose points anytime soon against Slaven Belupo, who, in their own right, have been doing well thus far.

The visitors, who have done an exceptional job of making a more valiant effort in recent games, find their cover blown as they are now the targets of a formidable Dinamo Zagreb, who have been on an elimination frenzy spree, dishing out disappointing results to their rivals, and may feel that their luck has run out this time.

They participated in two club friendlys on consecutive days to develop their abilities and offer some of their players game time, but they only had one victory—a 3-2 victory over Vukovar—and one defeat—against NK Siroki Brijeg (6-5 on penalties).

Their most recent Croatian championship game saw them defeat NK Varazdin 1-0 at home before a dismal home loss to Istra 1961, which saw them beaten 3-0, and they have maintained respectable form.

After finishing the previous season in the middle of the league, they have exceeded expectations and now sit in third position in the rankings, tied on points with HNK Hajduk Split on 17 and two points clear of fourth-placed NK Osijek and fifth-placed NK Varazdin.

Dinamo Zagreb has won 59 of the last 73 meetings; NK Slaven Belupo has won 6, and there have been 8 draws, with a goal difference of 154-43 in Dinamo Zagreb's favor.

It would be an understatement to say that NK Slaven Belupo's clinical play in previous games will be enough to see them through with a victory against Dinamo Zagreb, as they still have flaws in their play that make it impossible to see them come out on top.

However, maximum participation from their side will be required, making them more than capable of adapting to a formidable Dinamo Zagreb, which in this case might see them be potent and breach the hosts' defense, finding the back of the net if not taking all three points on the road.

Dinamo Zagreb are once again tipped as favourites to win, and there's no doubt about it given their outstanding run in the Croatian championship, making them worth a bet in the Asian Handicap market in this case, as we expect them to win by a three-goal margin or more.