Dinamo Zagreb vs NK Varazdin Prediction: The Tailors Have More Tricks Under Their Sleeves Than Being Behind The Needle And Thread 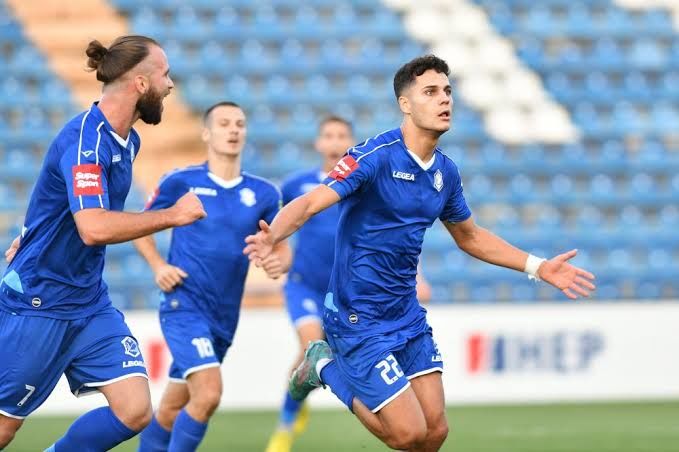 The defending champions turn their attention to the Croatian championship, where they will host NK Varazdin at the Stadion Maksimir on the 13th matchday.

Will NK Varazdin serve them a surprise home loss or will their winning streak continue for another six games?

Their most recent match in the Croatian championship was a routine win for them, as they edged Slaven Belupo 4-1 at home to register three points, extending their winning streak to five matches to account for their commendable performance.

They are ticking all the right boxes as their form has been consistent. They have accumulated a total of 15 points from their last five matches played and are yet to suffer defeat in the Croatian championship, having gone 11 games without a loss, recording 10 wins and a draw to put them in first-place with 31 points.

It's also worth noting that they've been a force to be reckoned with when playing at home, as they're on a six-match home winning streak, and will undoubtedly fancy their chances of capitalizing on that and edging a win against a side that's done well when playing away.

The Tailors were unlucky in their recent road match against HNK Hajduk Split, as a last-gasp goal put a damper on their chances of salvaging a point, as they fell to a 2-1 defeat, leaving them devastated.

With desperate measures lurking amongst them as they devise a solid plan to improve their performance and get back to winning ways, they have accumulated 7 points thus far in their last five matches, losing two, winning two, and drawing one to put them in fifth-place with 16 points.

While their last victory over the hosts was in 2008, Nikola Šafarić will undoubtedly have a lot on his plate to lead his side to victory, and a different tactical approach will be required to seriously frustrate their hosts, as a defeat this time will only mean a drop in the standings.

Dinamo Zagreb has won 30 of the last 43 meetings; NK Varazdin has won 4; and there have been 9 draws, with Dinamo Zagreb winning by a score of 111-42 on goal difference.

NK Varazdin were unlucky in their recent match against HNK Hajduk Split due to a minor setback in their defense that saw them concede in the final minutes of the game, and with their match against a formidable side, there will be no margin for error as they look to end the defending champion's impressive form.

While Dinamo Zagreb have been a powerhouse when it comes to being an offensive side, there's no doubt that they'll show that grit against a side that they find themselves superior to in terms of class, and as they haven't lost to them in their last five meetings in the Croatian championship, a win is unavoidable.

And with NK Varazdin not ruled out, they are more likely to be worth considering in the corner market and could definitely work their way around against a side that has conceded 24 corners in their last five matches. As a result, we expect them to score three corners in the process, as they are capable of doing so.