Dynamo Moscow vs Spartak Moscow Prediction: the Red and Whites to Pick Their Fifth Victory 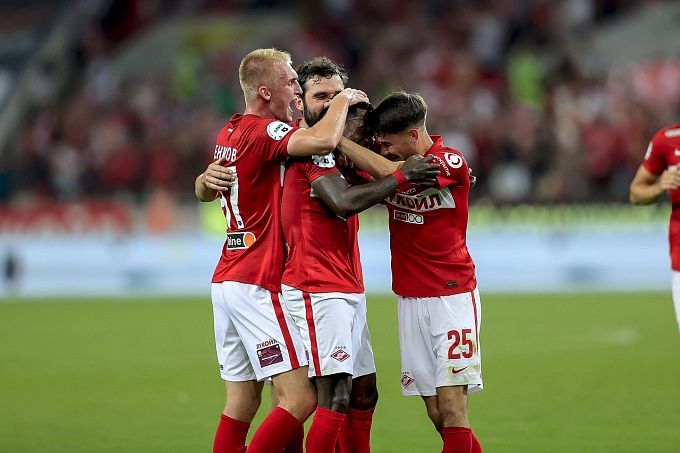 Prediction for the Russian Premier League Dynamo Moscow vs Spartak Moscow match, which will take place on August 20. Who will turn out to be stronger? Check the team conditions! Several betting options are available.

Dynamo gave us a hint last season that they can meet the biggest challenges, so now we might see them to fight for the championship. Alas, so far the Whites and Blues are only sixth in the standings, which clearly does not match the level of their ambitions. In five rounds, Slavisa Jokanovic's charges haven't suffered a single loss, but they have only two wins: 4:0 over Torpedo and 2:0 over Krylia Sovetov. The squad sealed three more draws, though their opponents were not the top clubs - Rostov, Fakel and Krasnodar.

Spartak failed last year in the Premier League, but then won the Cup of Russia, which set the mood for the new season. Yes, the Red and Whites suffered a devastating 0:4 loss to Zenit, but that defeat is still their last one. In the opening round, Guillermo Abascal's wards drew with Akhmat, playing ten men - 1:1. Then, they alternately beat Krasnodar, Orenburg, Ural and Sochi with a total score of 13:2. Such a powerful run resulted in Spartak currently leading the league standings.

Spartak is an extremely uncomfortable opponent for Dynamo in recent years. In eight RPL head-to-head encounters, the White and Blues haven't beaten the Red-Whites, and the loss in the final of last year's Russian Cup made this statistic even worse. Obviously, Slavisa Jokanovic's squad is already developing a fixation in this derby, so they won't be the favorites in the upcoming game either. Meanwhile, Guillermo Abascal's charges are in great shape and are leading the standings.

Dinamo and Spartak are used to playing bright and attacking styles, and Slavisa Jokanovic and Guillermo Abascal have nothing against such a game. The statistics prove it, according to which, in five games involving the White and Blues has already scored 14 goals (2.80 average), and the Red and Whites had 17 (3.40 average). Moreover, in their previous four head-to-head encounters, the opponents shot 12 goals against each other (3.00 on average).

Quincy Promes is experiencing his rebirth that began last season when he sent a winning goal in the final Cup of Russia against Dynamo. After that he spent great preseason matches, scoring in them in droves. Now in the Premier League with a solid lead he is the best scorer. In the last four meetings he made six goals and two assists, which confirms his phenomenal form.