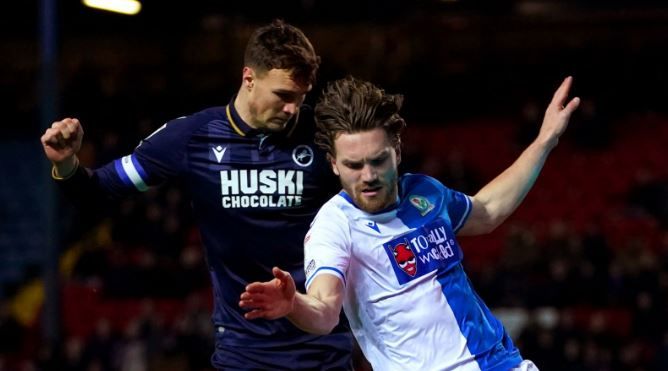 Blackburn is ready to welcome their host on Saturday at Ewood Park. Millwall are winless in their last 6 away league games against Blackburn. Would Millwall be able to defeat Blackburn this time?

Blackburn at home (W3 L2) this season is managed to win 3 times out of 5 games. They defeated Watford in their last home game by (2-0). Before that they lost two games in a row against Bristol (2-3) and Stoke City (0-1) at home.

In their 5 league games at home, this season Blackburn scored 7 goals against their visitors and conceded 5 in return. Their away form this season is a matter of concern (L3 W2) as they just managed to win 2 games out of 5. Luton beat them in the previous game by (0-2).

With 15 points in 10 games, Blackburn is at 7th position in the table. They have netted 11 goals so far this season and conceded 13 in return. Ben Brereton is the team’s top scorer with 4 goals in 10 games followed by Lewis Travis (2) and Ryan Hedges (1) respectively.

Millwall at away is winless (L3 D1) this season as they didn’t win a single game yet. They lost two games in a row against Burnley (0-2) and Norwich (0-2) at away with the same margin. Before that they played a draw against Swansea (2-2). They lost their opening away game against Reading by (2-0).

In their 4 away league games Millwall only managed to score 2 goals against their host and conceded 8 in return. Their performance at home is far better (W4 L2) than away as they managed to win 4 out of 6 games.

With 13 points in 10 games, Millwall at 13th position. They have netted 11 goals so far this season and conceded 14 in return. Charlie Cresswell is the team’s top scorer with 3 goals in 10 games followed by Benik Afobe (2), and Jake Cooper (1) respectively.

Millwall is desperate to win their first away game this season. But their bad form at away games is not a good sign. Millwall is yet to defeat Blackburn as they are winless in their last 6 away league games against them. Considering their recent form and what the history is we are anticipating Blackburn to win the game.