Burnley vs Liverpool: Betting on a Win for the Favorite 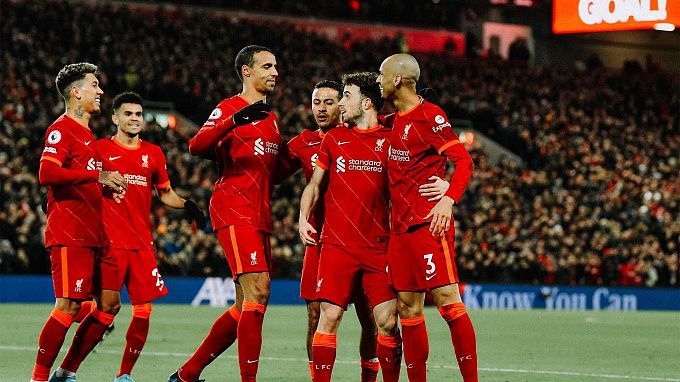 Burnley will take on Liverpool at home in the 25th round of the English championship. The Reds have shown themselves well in attack in recent matches at Turf Moor. Will they extend their winning streak?

In the midweek, Burnley also played at home, the opponent of Sean Dyche's team was Manchester United. Burnley failed in the first half and lost with a score of 0:1, although it could have conceded 2-3 goals. Early in the second half, Rodriguez restored the status quo. After that, Burnley were more reliable in defense and managed to maintain a 1:1 draw. It should be noted that in the last three matches in the EPL with the participation of Dyche's team was recorded a draw. With 14 points Burnley are on the last line in the standings.

Liverpool successfully resumed its performance in the English league. This week, Jurgen Klopp's squad played a home game against Leicester City and had the advantage throughout the game. Liverpool scored two unanswered goals, with Diogo Jota sending a double for the Merseysiders. Liverpool is second in the EPL standings with 51 points, nine points behind Manchester City.

Liverpool are in great shape, as shown by the match against Leicester. Klopp's charges could have scored at least 4-5 goals in this game, and the Foxes keeper Schmeichel showed excellent play. Burnley will not easily recover from a tough game against Manchester United. Liverpool will be more active than the Devils. We will see the pressure on the Burnley defense throughout the meeting. We believe that this time Dyche's team will not be able to score points.