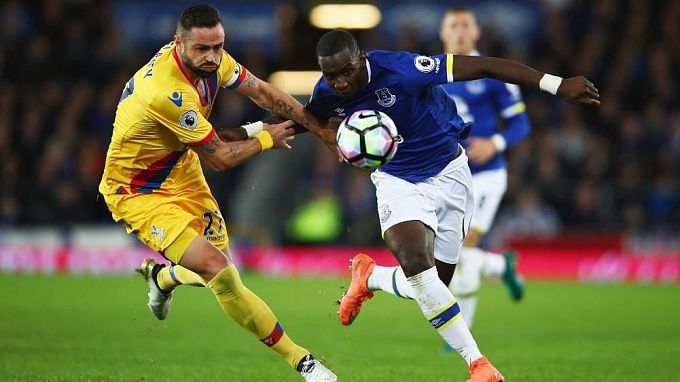 The final match of the Sunday pool will be between Everton and Crystal Palace. Last weekend, the Toffees came from behind to beat Arsenal. Will this keep the wards of Rafa Benitez motivated?

Crystal Palace did not manage to win in the last four matches. It all started with a draw with Burnley. Then there were three defeats in a row. The Eagles had a disappointing loss to Aston Villa (1:2), to Leeds and Manchester United with 0:1. In both cases, Palace lost at the end of the match. Thus, the London club dropped to 14th place, six points ahead of the relegation zone.

In the past round, the Toffees ended an eight-defeated streak. After losing to Liverpool (1:4), Man City (0:3) and Brentford (0:1), Rafael Benitez's positions wavered. He got out of a tight spot, clinching a match with Arsenal (2:1). The winning goal was scored in the 92nd minute. Due to such triumph, the Toffees climbed to 13th place, two points behind Crystal Palace.

We believe that the total under will be reached, as the Eagles have not impressed with efficiency lately. Everton still has lineup Troubles. Therefore, we recommend betting on both teams will score - no. Since Everton's situation is gradually improving (fewer injured, the victory over Arsenal), we believe the visiting team will likely win. As there is a particular trend recently between them, we recommend betting on a zero handicap and a corner handicap of Everton.