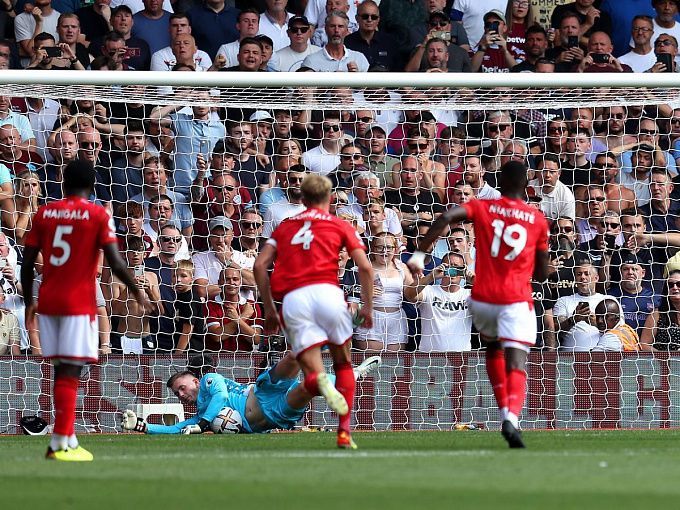 Everton, who failed last season, made a very disappointing start this season with two defeats. In the first round, the Toffees lost at home to Chelsea 0:1. On Round 2, the opponent was easier, but Frank Lampard's team played on the road. They lost to Aston Villa 1:2. In any case, Everton should be commended - despite the defeats, they showed good playing.

Nottingham Forest, which returned to the AFL after 23 years, began the season with a defeat. The first round was unsuccessful - on the road they lost to Newcastle with a score of 0:2. But in the second round at home Steve Cooper`s team managed to swat the tough West Ham with the score 1:0! Three points over two rounds - a great result for the club, which after such a long break returned to the elite of English soccer.

The experts think Everton are the favorites, but we don't agree with them. Nottingham Forest impressed us in the last round, beating West Ham, so now they will be on a roll. The Toffees, on the other hand, began with two defeats, which obviously will not be good for their spirit. We think that the Foresters will gain at least one point. Prediction: Nottingham Forest will not lose.