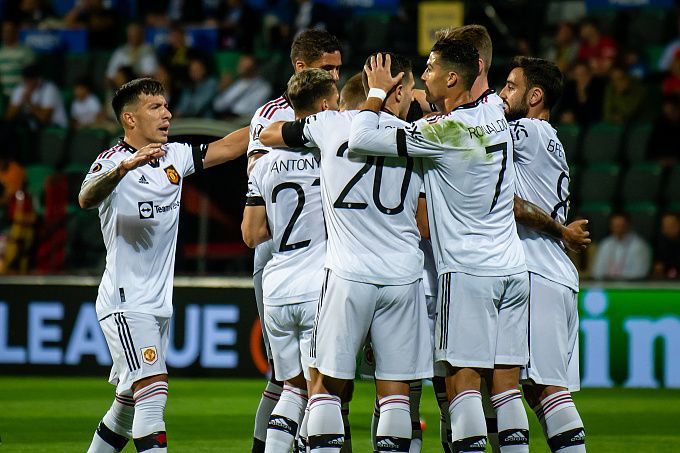 After losing points in Birmingham against Aston Villa (1:1), Manchester City had a confident away game against Wolverhampton. Pep Guardiola's charges left no chance for their opponents and scored three unanswered goals. The Citizens still occupy second place in the EPL standings, one point behind Arsenal. Also Man City confidently performed in two matches of the UCL group stage winning over Sevilla (4:0) and Borussia Dortmund (2:1).

Manchester United quickly recovered for a shocking start to the EPL season and two defeats. Erik ten Hag's side have not lost a point in their next four games. The Devils' last opponent was Arsenal. At home, the Mancunians thrashed the EPL leader 3:1. Manchester United are currently sitting in fifth place. It should be added that MU played twice on the European stage. In the first round of the UEL group stage the Devils lost at home to Real Sociedad (0:1) and then defeated Sheriff (2:0) on the road.

The favorite of the Manchester derby according to bookmakers is the City. Here we would like to point out that MU is heavily underestimated. Almost all of their midfielders are in good shape, which could be the deciding factor in the upcoming game. Of course, the advantage will be with the Citizens. After all, MU still have a long way to go to start showing the best level. However, we don't quite agree with the odds offered on the derby. As the main bet, we suggest to consider the visitors' handicap. Definitely, the match will be quite tense and with goals from both clubs.