Manchester United vs Brentford: Expect the home team to win 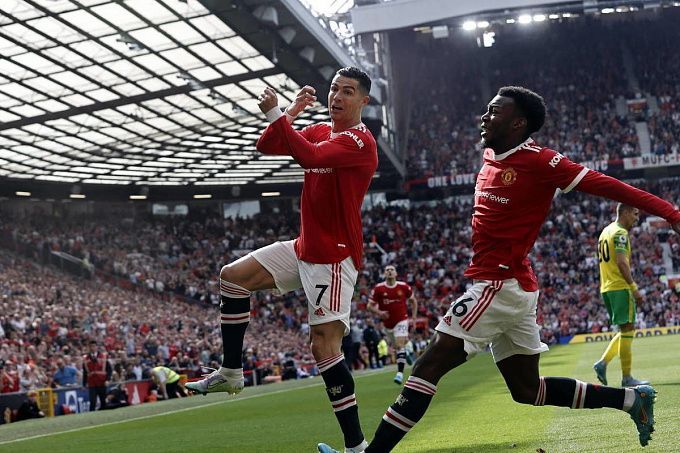 Manchester United vs Brentford in the 35th round of the EPL on May 2. Check the team conditions and choose several betting options.

Manchester United has lost three points in their last three games, but they have an excuse as losing to Liverpool, Arsenal, and drawing against Chelsea are far from shameful results. The Red Devils are sixth in the EPL table with 55 points. The Champions League is out of the question, but there is a Europa League place to look forward to, as relegated West Ham is three points behind.

Brentford is very well established in the EPL table. The team is not in danger of relegation, but European competitions are out of the question, as the Bees have 40 points in 34 rounds, and with that, they are content with 14th place. As for the team's form ahead of the Manchester game, they have won its last five games (4:1 over Chelsea, 2:0 over West Ham, 2:1 over Watford, and a 0:0 draw against Tottenham and a 1:2 defeat at the hands of Leicester).

Manchester United is listed as favorites for the meeting, and that is partly true, but Brentford has been taking points away from stronger clubs of late with wins over Chelsea, West Ham, and a draw against Tottenham. So the Bees are in a position to upset the MU fans. All in all, we suggest staying away from the outcome and playing on both teams to score.