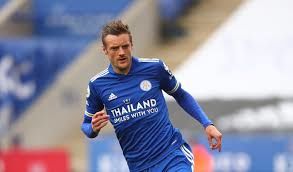 Southampton and Leicester will open the 34th round of fixtures. The previous meeting at St Mary’s in the Premier League ended in a 9-0 win for the Foxes. A week and a half ago, they played a head-to-head encounter in the FA Cup at Wembley, with the Foxes 1-0. How will the match between them end this time? The Foxes will win again because they are fighting for the top 4.

Southampton have been unsuccessful in the second half of the championship, losing almost all of their matches. The Saints have two wins in their last 15 rounds. Sheffield United and Burnley were beaten. Ralph Hasenhüttl’s side has lost their other matches. The team doesn’t have many injured. The Austrian specialist seems to be exhausted and it’s time to retire, for he cannot give himself to the team with the same passion as before. But for now, the Saints are a long way from relegation with a nine-point lead over Fulham and one game to spare. However, we believe that Fulham will not be able to close the gap in time.

Leicester played their last round match against Crystal Palace late, namely on Monday. And this Friday, the Foxes will take the field again. Leicester picked up a 2-1 win over Crystal Palace on Monday. It was Kelechi Iheanacho who revived his career. He led the Foxes to the FA Cup final, scoring the winner against Southampton. The Nigerian has scored 12 goals in the last two months. Brendan Rodgers’ side continues to sit third in the table, seven points behind fifth-placed West Ham. They are now five points behind Manchester United.

We believe a more motivated and focused Leicester should take an easy three points, as Southampton will be weak as long as Hasenhüttl remains at the helm. We recommend betting odds of 2.15 on the visitors’ win.

We also believe the match will be a result-oriented one, as Leicester are not always solid in defence, let alone the Saints. The odds of 1.81 for Total Over 2.5 goals would be a good option.

In conclusion, we believe that Kelechi Iheanacho will continue to score goals while Jamie Vardy is not playing brightly. You can bet on his goal at odds of 2.33.