England U19 vs Serbia U19 Prediction: England's team will beat another rival 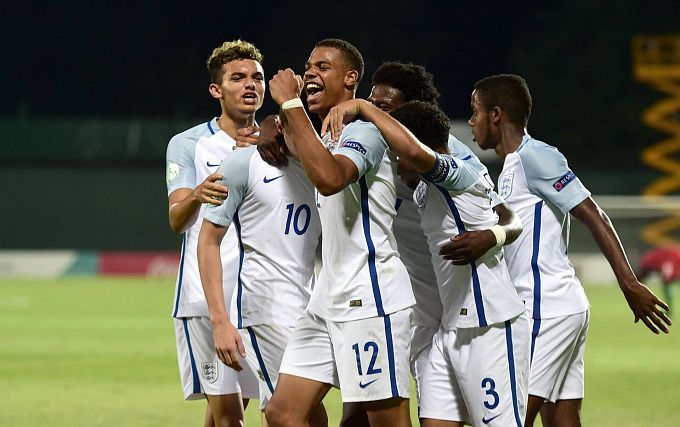 On 22 June 2022, England will face Serbia in the second round of the European Youth Championship. Check the team conditions and choose several betting options.

The England youth team is one of the strongest teams in terms of players. Many of the players already have experience playing in the EPL. Ian Foster's side is among the favorites to win the continental title in 2022. The English have not lost in official games for a long time, and at Euro 2022, they started with a confident 2:0 victory over Austria. The main hero of the meeting was Carney Chukwuemeka, who scored once himself and assisted his partner.

Surprisingly, Serbia's youth team has precisely the same number of titles as England's youth team. In 2013, the White Eagles sensationally won Euro U19. The Serbs also reached the semi-finals the following year, but their winning streak ended after that. For seven years in a row, they failed to qualify for the continental finals, and only now can they break the losing streak. The team was close to defeat against Israel in their Euro 2022 debut, but a 93rd-minute goal from Stefan Lekovic made it a 2:2 draw.

The England youth team in its current form makes a powerful impression and aims to play the same football as the adult national team. Despite the young age of the players, the English play excellent defensively while also taking good chances offensively, so they have won nine times and drawn once in their last ten official games. Of course, the Serbs cannot boast such stable results, so it will be hard for them to count on points in the upcoming battle. So, you can bet on England's victory with a handicap (-1.5) for 2.850.

The England youth team is a very pragmatic team that plays superbly defensively, conceding just two goals (0.20 average per game) in their previous ten official matches. The Serbian national team is bright and attacking, so do not expect a total under outcome from the upcoming game. The best option for the prediction seems to be a victory of England at a total over 1.5 for 1.725.

England plays very mature football and is well aware of their strength, so they are unlikely to destroy their opponents from the very first minute of the game. On the contrary, Ian Foster's charges will systematically build pressure on the opponents' goal, waiting until the Serbian players get tired. After that, they will continue to break down their defense. In such a situation, most of the action will probably take place after the break, so it is worth looking at a bet on the total over 1.5 goals in the second half for 1.83.