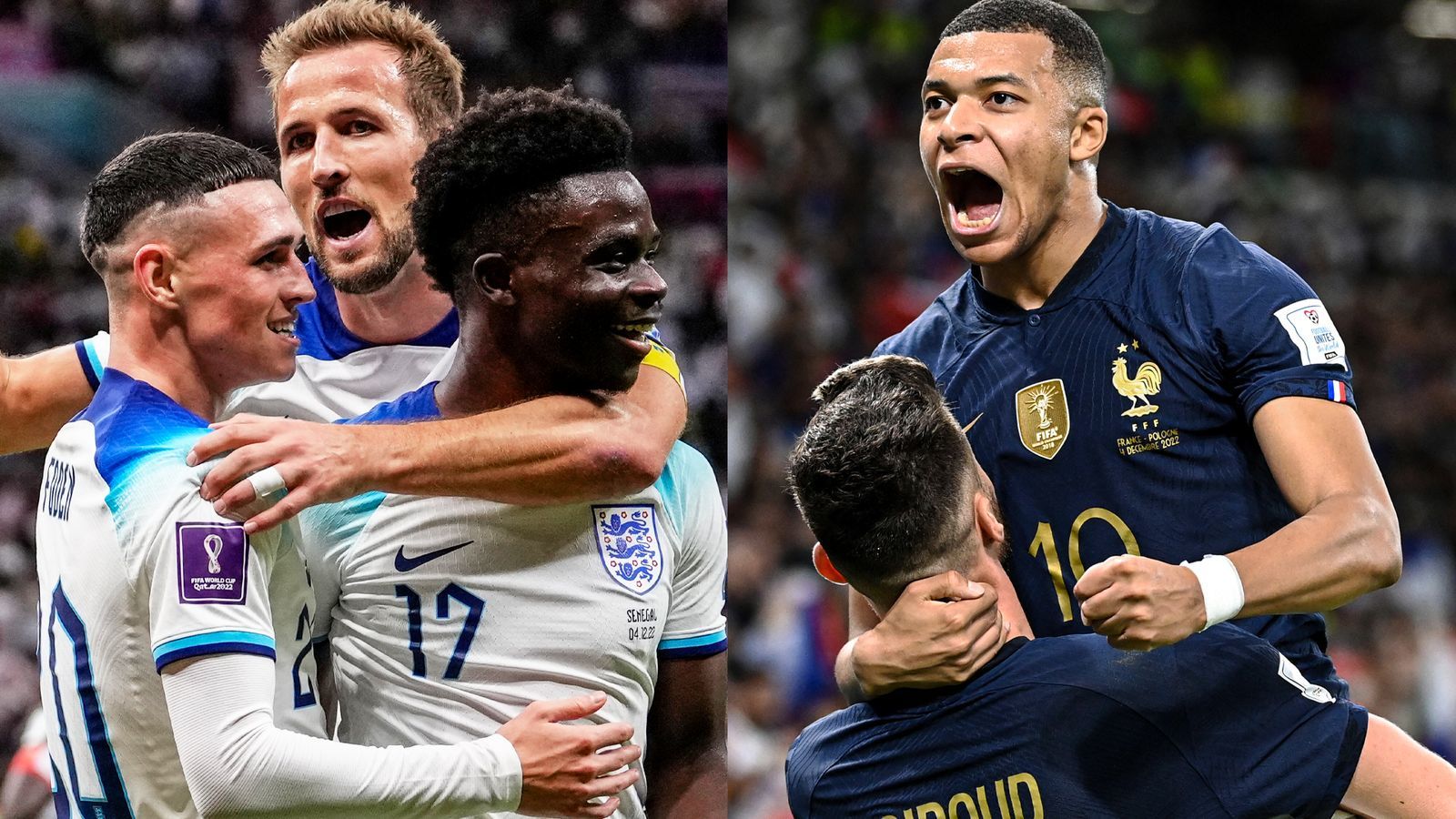 In the upcoming fixture of the FIFA World Cup, Quarter Final stage, England will be up against France at the Al Bayt Stadium in Qatar. Going in the contest, both sides are coming off comprehensive wins in their Round of 16 games. England defeated Senegal (3-0), and France defeated Poland (3-1). When the last time these two sides played, France won 3-2. For the upcoming prime fixture, both sides have competitive odds, making the contest quite an interesting one to bet on. Moreover, the final scoreline is likely to be decided in the extra time period, where England might push on the accelerator.

England is carrying an unbeaten run, which is the reason why it’s one of the favorites for winning and qualifying for the next stage of the World Cup. In the previous game against Senegal, Jordan Henderson, Harry Kane, and Bukayo Saka scored goals. After the game of Round of 16, concerns rise for Raheem Sterling, John Stones, Declan Rice, and Callum Wilson. The presence of these three players will be subject to medical clearance and their personal willingness. Southgate has suggested that he will stick with the tried-and-true 4-3-3 system that has proven successful so far, allowing Henderson to once again connect with Rice and Bellingham in the midfield. For the highly intense pressure game, much will depend on the likes of Jude Bellingham, who has the ability to turn the tables instantly.

France - Managed a Decent Win After Losing to Tunisia (WLWWL)

France has had a reasonably attractive tournament apart from the defeat against Tunisia (1-0). In the game of Round of 16, Olivier Giroud and Kylian Mbappe scored goals. For the upcoming game as well, France is likely to stick to the 4-2-3-1 formation, with Giroud leading the attack. France managed a 55% possession with an accurate passing percentage of 86%. Mbappe reported feeling soreness in his ankle on Tuesday, but it turned out to be a false alarm as the 23-year-old was back on the practice fields on Wednesday and is expected to be in the starting lineup. Surprisingly, France has emerged victorious in all nine of the World Cup games in which Mbappe has started, while Giroud, who has scored three goals in Qatar, has the potential to tie the record of 38-year-old Roger Milla, who is the only player older than 36 to score four goals in a single World Cup.

In the upcoming fixture, England might seem a little off-color due to various injury concerns, leading to unbalanced or compromised formation. France has various in-form players who can certainly change the game’s complexion instantly. The game total is expected to be over 2.5 goals, and both sides to score. The final scoreline is likely to be 1-3, with France winning in extra time.