Flamengo vs Atletico Mineiro Prediction: Will the Red and Blacks Get Revenge? 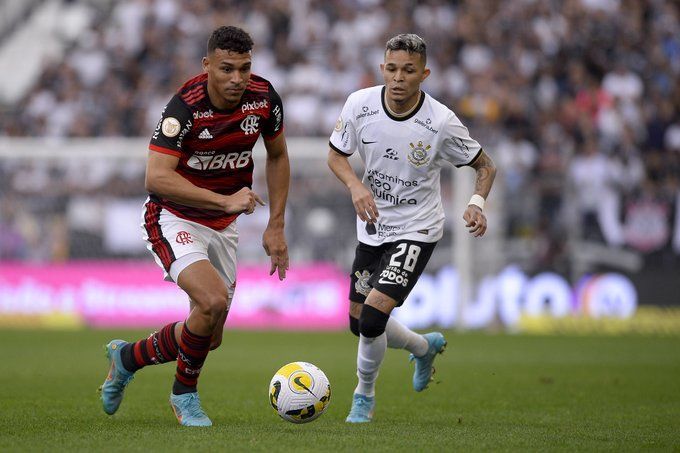 In the second leg of the Brazilian Cup Final last 16 Flamengo will play at home against Atletico Mineiro. The first match ended with a score of 2:1 in favor of the Galo. Despite this result, the Red and Blacks in the upcoming game are the favorites.

In the last round of the Brasileirao, Flamengo had a good match in Sao Paulo against Coritians. The Red and Black outclassed their opponent statistically, but lost to Timao on the score sheet. Another disappointing thing is that Corinthians was one man down, but scored the only goal when while outnumbered. This defeat dropped Flamengo to ninth place, six points behind Atletico Paranaense. There is no doubt that the Red and Blacks won't take the title, given the density of the Brazilian championship, and the Brazilian Cup means not only the title, but also the group stage of the Copa Libertadores.

Atletico Mineiro had a tough match against Emelec in the Copa Libertadores last 16. The Galos won 1:0 after a 1:1 draw. No wonder they played against Sao Paulo slowly and, given the loss of points to Palmeiras, agreed with the draw. Another question is whether the Galos have recovered from two difficult matches to put up a fight against Flamengo, which has gained momentum. On the road, AM has good statistics, being eighth in the division, +2=4-1, 9:9 goal difference.

Flamengo lost to Atletico Mineiro three games - in the Super Cup of Brazil, in the championship and in the cup. Even though the Red and Blacks are certainly not weaker than their opponent, we believe that AM is struggling emotionally. We expect loads of goals scored and a victory for Mengao.