Marseille vs Angers: the Hosts to Struggle Playing the Second Match in Four Days 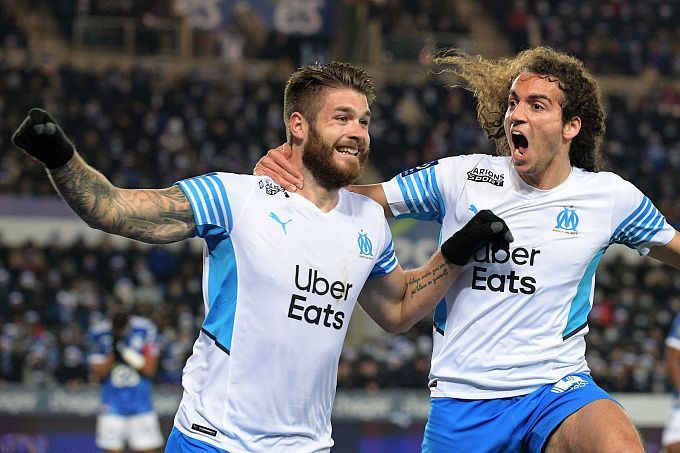 Marseille will host Angers in the 23rd round of Ligue 1. Who will be stronger in this encounter? We will describe the form of the teams and advise what to bet on. We'll offer you several options for betting!

Marseille ended its winning streak in the last meeting. During this nine-match series, the Provençal had seven wins and only two draws. However, on Tuesday, they met with Lyon in a rescheduled match of the 14th round. As early as the tenth minute, Marseille took the lead but conceded the first goal in 74 minutes and the second in 89 minutes (1:2). This defeat did not affect the tournament placing - the team is still in third place with 40 points, two points behind second-placed Nice.

A couple of rounds ago, Angers ended their streak of three straight defeats and played a draw with Lorient (0:0). After that, the team defeated Troyes 2:1 and lost to Saint-Etienne (0:1) thanks to their own goal. As for the position of the Scoïstes in the standings, they are in the role of the Ligue 1 average - on the 12th line with 29 points.

Bookmakers believe that Marseille will have no problems with Angers, but we disagree. Moreover, the guests can not boast something special, and it's about the hosts. Marseille will have the second game in four days, and the first one was very unsuccessful (not only that he missed two goals in the end and broke the series without a defeat). The team will be discouraged, and it is unlikely that they will last the entire distance of the match. We think that the guests will take advantage of it at least once, so we suggest betting on their goal. Prediction: Angers to score.