Content
To top
1.
Reims: the Dusty One in Ligue 1
2.
Clermont: the Debutants Backed Off
3.
About Match
4.
Expert Betting Tips
Users' Choice
12 200 USD 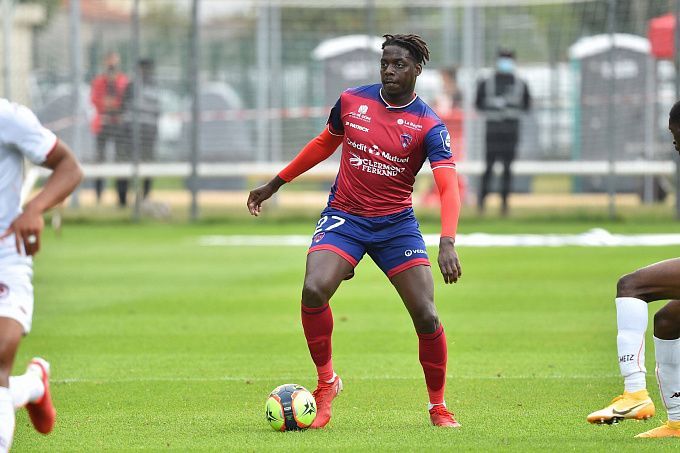 Reims and Clermont are at the bottom of the Ligue 1 standings, and the upcoming matchup will be crucial. Will one of the teams manage to score the critical 3 points?

Reims: the Dusty One in Ligue 1

This season, Reims looks ambiguous. The Red and Whites can take points from Rennes or Monaco but lose to not the most vigorous opponents. Yet, the team has only 13 points, and this is enough to share 15th place in Ligue 1 with three other clubs. Reims struggles to convert chances on the opponents’ half but plays well in defense and sometimes somehow compensates for the lack of creativity in attack. A 19-year-old forward, Hugo Ekitike, suddenly became the team leader: he has already scored five goals in the current championship. Thomas Foket, Marshall Munetsi, Arbër Zeneli, Kaj Sierheis, Fraser Hornby, and Moussa Doumbia are still in the treatment room, and they will not join the match against Clermont.

In the previous round, Óscar García’s footballers played in an away draw with Strasbourg (1:1). After Ekitike’s goal in the 22nd minute, Reims never reached a high-percentage shooting position, while the opponent struck 21 shots and, more than one time, was close to restoring balance. Strasbourg missed several times from excellent spots, including the penalty. Reims was close to victory but failed in the 96th minute.

Clermont: the Debutants Backed Off

The audacious newcomer of Ligue 1 lost steam after a successful start: in 10 matches, he suffered seven defeats and moved down to 18th place in the standings. The offensive playing of Pascal Gastien’s team went south, although Mohamed Bayo continues to shoot (7 times within the championship). Twenty-eight conceded goals are too much even for the Lancers: sometimes Clermont is extremely unlucky, and opponents score from the unexpected positions. One of the main trump cards of the guests are the set pieces: only Montpellier implements penalties and corners better than them. Cedric Hountondji and Saîf-Eddine Khaoui are still injured. They will not take part in the match with Reims.

Last week, Clermont lost to Nice at a home game (1:2). They got a quick score and later held the initiative. The Lancers often beat from a distance. However, 18 shots is an excellent indicator for a medal contender. The opponent looked no better in attack, and a draw would have been a fairer outcome. In the 40th minute, Clermont had the most realistic opportunity to lead with a difference of 2 goals: Johan Gastien turned it home from a corner and hit the bar.

Clermont performed among a top-3 club and defended itself no worse than Nice. Reims also have no problems in defense, so we may see a boring fight. In Strasbourg, the Red and Whites had a lot of difficulties, and they could have missed 2-3 goals if the opponent had used all the scoring chances. The guests have a solid attacking line, which kicked up a fuss at the start of the season. I propose to bet on the following outcomes: