France vs South Africa: French side won't leave it late again, a first-half win is certain. 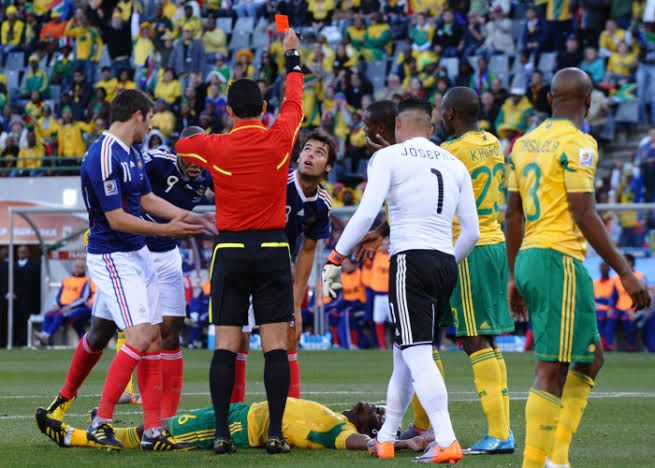 Another intriguing intercontinental friendly we have here as Les Bleus lock horns with Bafana Bafana at the Stade Pierre-Mauroy on Tuesday. After a late win against the Ivory Coast, the French side will strive not to be caught unguarded when they clash with South Africa. Can the visiting team pull one of the greatest stunts ever?

France could make it seven wins in a row when they face South Africa. Thanks to Aurelien Tchouameni's stoppage-time goal that ensured Les Bleus side made it six wins in six matches, Nicolas Pepe gave Ivory Coast the lead in the 19th minute before Oliver Giroud leveller in the 22nd minute as both teams spurned so many chances before a breakthrough in the 93rd minute.

Deschamp's will play their final friendly match before diverting their attention to the upcoming UEFA Nations League slated in June. Kylian Mbappe was an unused substitute against Ivory Coast and could feature against the Bafana Bafana on Tuesday.

France are ranked 3rd on FIFA world ratings and are unbeaten in 90 minutes in the last fifteen matches.

The Bafana Bafana of South Africa failed to qualify for both AFCON and World Cup after a disappointing qualifier performance, their last appearance in the world cup was in 2010 and will not taste it in 2022.

Hugo Broos' men head into this match after a toothless performance against Guinea, they played out a goalless draw at home in what happened to be their match this year after the game against Ghana since November.

South Africa are rated 68th according to FIFA and have won just one out of the last four friendly matches they have played.

We all know France are distant above South Africa when it comes to football and the bookies favour the French side, we also recommend that Les Blues finish off the visiting team in the first half, bet on the home 1H win for 1.61.

South Africa failed to score at home to Guinea and may continue their goal drought against the 3rd best team in the world, bet on France winning both halves for 2.30.