Borussia M vs Hertha Prediction: Betting on a Convincing Win for the Stallions 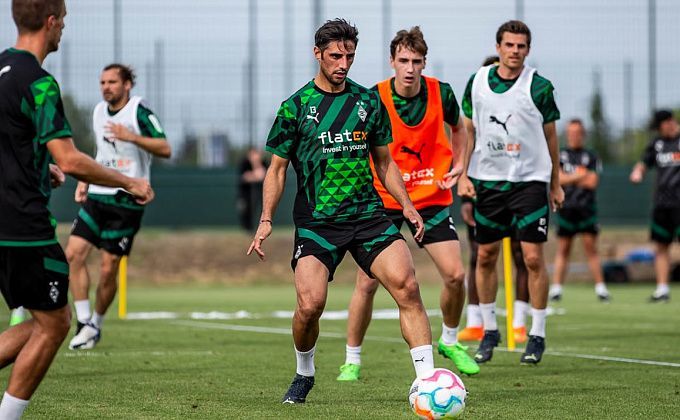 The third round of the German Bundesliga will open with a match between Borussia M and Hertha. The Stallions are the big favorites, which is quite obvious, considering the Gladbach's home playing and the unimpressive form of the Old Lady.

Borussia has already played three official matches. They knocked out of the German Cup Oberachern by beating them 9:1, defeated Hoffenheim 3:1 in the German championship and drew with Schalke 2:2. It should be noted that 100% of matches with the Stallions ended up over and a bet "both teams will score - yes" worked out. Borussia should have won the match in Gelsenkirchen, as from the 78th minute the Stallions were leading 2-1. But in the dying minutes, Bulter converted a penalty in the second extra minute to bring important one point.

I expect a very difficult match. Hertha is a club with a lot of potential. Fredi Bobic is a very experienced manager and Sandro Schwartz is a great coach. You can already see his style of play and clear lines in the game. The Berliners were very good on the transfer market, I am sure that the team with this squad will score a lot of points this season. We are full of respect for the opponent. But we also have a lot of things and a good start to the season. We want to continue our winless streak Friday night. To do that, we have to peak in all areas and get the best performance

Daniel Farke before the match with Hertha

Unlike Borussia, Hertha had a poor start to the season. First, the Berlin side dropped out of the German Cup, losing to the Bundesliga 2 club, Eintracht Braunschweig. Then the Old Lady hopelessly lost in the derby to Union with a score of 1:3. In the second round of the Bundesliga, they could not win the first home match of the season, a 1:1 draw with Eintracht Frankfurt. In the home game, Hertha took the lead as early as the third minute. In the third minute of the second half, Hertha conceded a goal from Kolo Muani-Kamada. In general, the match was about even, Hertha possessed the ball less but hit the bar more often than the opponent, but it did not bring them victory.

In their last five head-to-head encounters, Borussia and Hertha played in Gladbach a TO (1.5) was reached. During this period, the hosts won three matches, with one draw and one win for the Berlin team. And we'll remind you that all of the matches involving Borussia this season were the over ones. Also, all games involving Hertha at the start of the season got a TO (1.5).