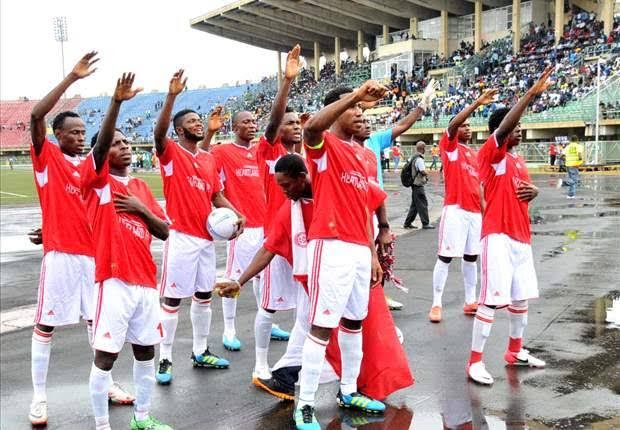 Welcome to game week 16 where Gombe United will be locking horns with Abia Warriors at the Pantami Stadium on Wednesday. The away team have struggled all season to get more than a point in nine tries, will they go all out to change that against the home team?

They were unlucky not to have gotten all the three points against an in-form Plateau United. The visiting team was in high spirit from the commencement of the match and they were soon rewarded with a goal in the 23rd and Jesse Jidima was the one who slotted it home for Plateau United. They gifted a penalty in the 40th minute but Ibrahim Yahaya missed from the spot but soon scored the much-needed goal in the 61st minute to make up for his mistake. Points were shared as the match ended in a 1-1 scoreline.

Gombe United have not lost at home this season and have won four and drawn four in eight matches.

Abia based Club haven't won a single match away from home this season and that has thwarted their ambition to contest with the top guns in the league.

They defeated Shooting Stars 2-1 in match week 15. Their home ground has been a fortress for their season and they started well as they scored some seconds into the match, Bello Lukman was the pioneer of the goal, the match was heading to half time before the home team conceded a penalty in the 45th minute and the away team levelled just before the break. They spurned a couple of goal scoring opportunities before they finally broke the deadlock in the 74th minute and that handed them all the three points to keep them adrift of the relegation zone.

Coming into this game, Abia Warriors has picked up five points from the last five games, both home and away. That's 1 point per game on average

Out of four previous meetings, Gombe United have won two matches and Abia Warriors won one and the one match between them has ended in a draw.

One thing is certain in the league, the home will always find a way to get at least a point, going by the home team attacking utterance against Plateau United, we are giving them the upper hand to take all the points here, bet on the home team win and 1.5 for 1.60.