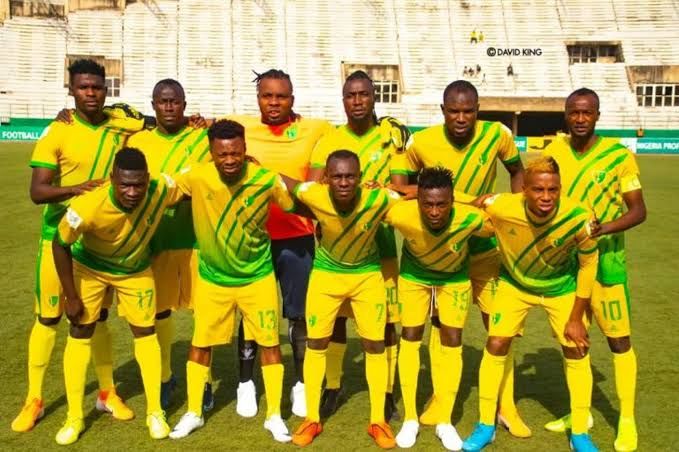 The Nigeria Professional Football League will have Heartland Football Club battle Plateau United at the Dan Anyiam Stadium on Wednesday. We are going to witness the battle between the league leaders and the bottom class team. Can the home team get all the points here?

Heartland FC are on the verge of calling it a day in the league as they have mathematically been the worst team this season, they have twenty-one points in their last twenty-three games and have also failed to win any of their last six matches, scoring two goals in that process.

Their last two home matches have ended in a draw while the last four played away from home resulted in a loss. Coming off a draw at home against Remo Stars, they stumbled on a (2-1) away defeat to Dakkada FC on matchday 23.

They have won five, lost two and drawn four in their last eleven home matches, moreover, in those matches, they managed to score eight and conceded eight goals.

The Tin City Boys are already yearning to participate in the Continental competition next season, they are 2nd on the log with forty-eight points and four points behind the league leader Rivers United. The rivalry between them and Rivers United is enthusiastic as both teams are fifteen games away from claiming the top spot.

They were victorious again against MFM FC on matchday 23 with two first-half goals from Muhammad Rabiu and H. Katou ensured they grabbed all the points in that encounter. No easing for them because a loss here could end their pursuit of being crowned the champions at the end of the season.

Plateau United are second on the away form chart with three wins, five losses and three draws in their last eleven games.

In the previous eight meetings between both teams, Heartland FC have won twice while Plateau United have also recorded two wins and four matches have ended in a draw.

Ever since Plateau United's resurgence in the league, they have only lost once away from home and the other matches have ended in a (1-1) draw, the implication is that they will always score on away duties even if they are not going to win, it's going to be very tough for them but I can see them getting at least a point if not all the points, bet on away win and under 2.5 for 4.00.

A straight win for the visitors for 2.67.