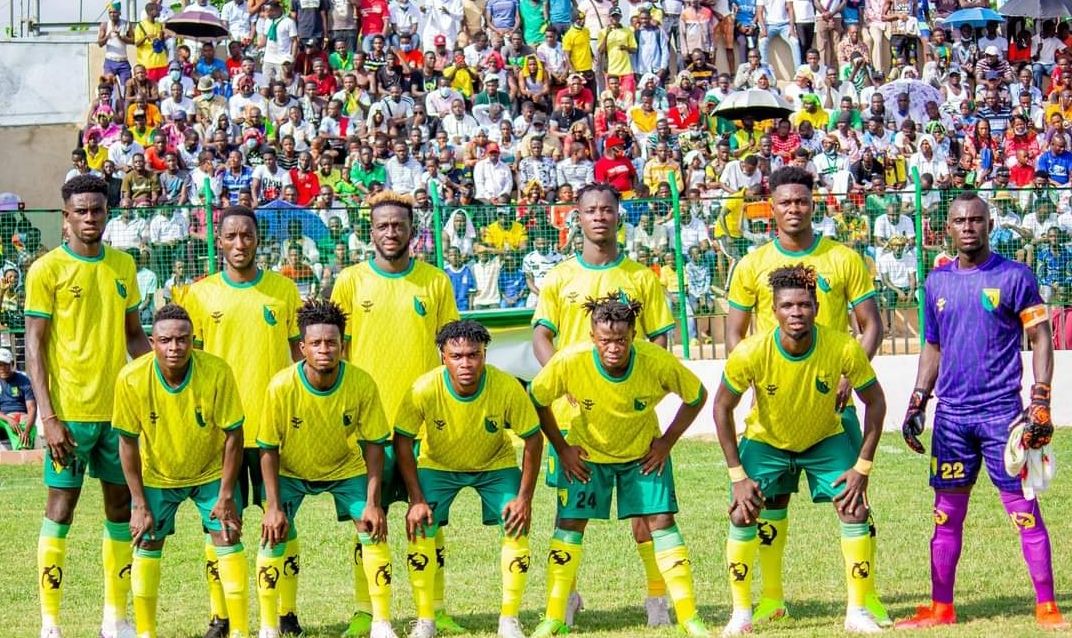 Hearts of Oaks will lock horns with Bibiani Gold Stars at the Accra Sports Stadium on Wednesday. The home team who are also the defending champions will hope to keep the pressure on the second-placed Bechem United while the visitors will be looking for their first win away from home this season.

The Hearts of Oaks are fourth on the log with forty-four points in twenty-eight matches; they are twelve points below Asante Kotoko in the first place. The top spot looks impossible but the second spot is still available for grabs and are just three points within reach.

They earned a very important point against second-placed Bechem United on matchday 28 as they reduced the gap with three points.

Hearts of Oaks have lost once at home this season and have won eight and drawn five in the last fourteen games.

Bibiani Gold Stars are one of the best performers at home this season but have failed to win a single match on the road, they have just two points in the last fourteen away games and might stay up this season. They have thirty-eight points overall this season and 98% of that have been at home.

They made it twelve wins at home this season as they defeated (2-1) King Faisal on matchday 28.

They have picked up nine points from a possible fifteen both home and away.

They have also lost twelve and drawn twice in the last fourteen away games this season.

Both teams have met once this season and it was Hearts of Oaks who defeated Gold Stars at home.

The home team are a top team just that they started poorly this season and have been struggling with injuries, we believe they are going to thrash the visitors, however, to play safe bet on win and over 1.5 for 1.60.