Independiente vs. Racing: Bet on a Draw 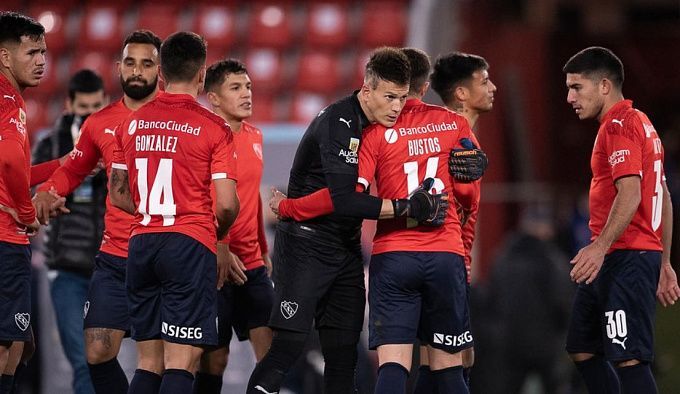 Independiente will play against Racing in the fifth round of the Argentine Primera División. This particular match can be called the centerpiece of the tour. We should also note that Independiente has recently become a very comfortable team for Racing.

Independiente lost the lead in the table after the Sunday matches. "The Red Devils" have let Lanús, Newell's Old Boys, and Godoy Cruz take the lead. But the future home team has a chance to regain their position, and they need to beat Racing to do so. By the way, during mid-week, Independiente was thrown out of the Copa Argentina, losing 1-2 away to Tigre. Now the home team can concentrate only on Primera. By the way, in the current Primera, "the red devils" have never lost, they have 2 wins and 2 draws.

Before the Copa Libertadores return match against São Paulo, it seemed that Racing had the best chance of final success. However, Racing lost at home 1-3 to the Brazilians and was eliminated from the tournament. After that loss, Racing played in three matches of Argentine Primera División and improved its position, beating Aldosivi and Sarmiento, as well as playing a draw with Gimnasia y Esgrima. The results are good, they allowed Racing to move up to fifth place in the table, catching up with Independiente on points. If the "Red Devils" are defeated, Racing will have an opportunity to lead Premiera. In general, Racing has two wins and two draws in the current tie.

Both teams are focused on Premiera, both have the chance to take the lead, but to this, they need to beat their closest opponent, which will not be that easy. The last two matches between Independiente and Racing were goalless, we believe that this trend will continue. As for the result, we won't be surprised if the opponents have a draw. Here are our bets for the match: draw for 2.88, TU (2) for 1.83.