Cagliari Calcio vs Milan: Opponents will be very careful 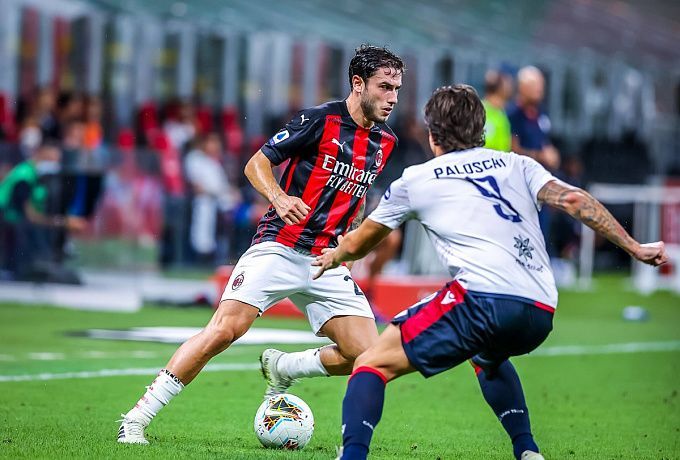 Milan, as Italian league leaders, will play their 30th round match in Sardinia against Cagliari. Will the Rossoneri be able to outplay the unstoppable Islanders? Check the team conditions and choose several betting options.

Walter Mazzari's side has suffered two defeats in a row ahead of their match against AC Milan. Cagliari first lost 0:2 to Lazio and then lost away to La Spezia (0:2). As a result, they are 17th in the league table, but only 3 points ahead of the relegation zone. And the 18th team in the tournament, Venice, has a game in hand.

The Rossoneri have picked up some striking victories and climbed to the top of the league table. However, can Stefano Pioli's side make it through the remaining nine rounds of the competition? Cagliari will be a real test of their strength. Milan beat Empoli at home last time round with a narrow victory. The only goal of the game came from Red and Black's defender, Kalulu, in the 19th minute.

Milan has been playing very concentrated and scoring consistently of late. However, after two defeats in a row, Cagliari is certainly not going to let the Rossoneri win for nothing. Anyone can win here. It's entirely possible that a single goal can decide the outcome of this game. Milan is in the race for the title, while Cagliari is in the fight for survival. Prediction: Total Under.