Cagliari vs Inter Prediction: the Nerazzurri to Race for the Scudetto Until the Final Round 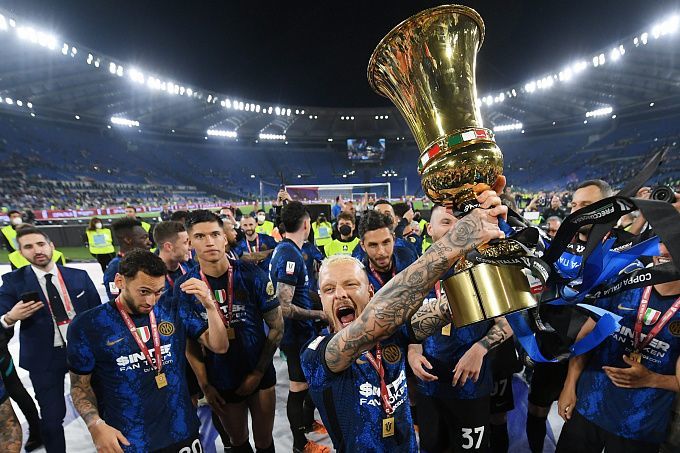 Prediction for the Serie A Cagliari vs Inter match, which will take place on May 15. Who will win? Check the teams' conditions! Also, several betting options are available.

The fate of Cagliari will be decided in the last two rounds. The Sardinians occupy 18th place with 29 points, but they are one point behind Salernitana who stands in the safe place (17th). After the meeting with Inter they will face Venezia, so there is still a chance to keep their place. After defeating Sassuolo (1:0) Cagliari lost to Genoa (0:1) and Verona (1:2) and drew with Salernitana (1:1).

For Inter, this season has already been a success, as they managed to win a trophy! We're taliking about the Coppa Italia, which the Nerazzurri took last week, beating Juventus 4:2 in the final (after extra time). Now Simone Inzaghi's charges need to switch to Serie A, because they have all the chances of a Scudetto. On the eve of the tour, Inter is second in the standings with 78 points, two behind leading AC Milan.

Before the start of this match, Inter will already know the result of the AC Milan and Atalanta game that started in the last time slot. If Bergamasca can take points from the Rossoneri, there will probably be nothing left of Cagliari at all. But even if AC Milan win, they could slip up on the final matchday, so Inter need th earn six points at least in two meetings. The ordinary outsiders like the Sardinians are unlikely to disturb such a powerful club, which will also be on the heat after winning the Italian Cup. We'll see if Inter win in the first half and in the match.