Fiorentina vs Hellas Verona: The Yellow and Blue won't lose in Florence for the sixth time in a row 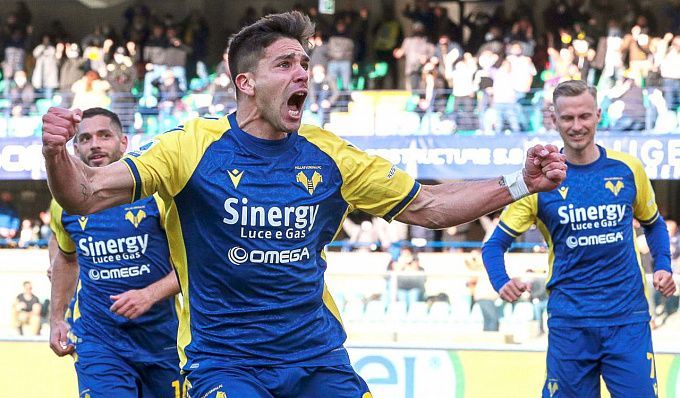 Fiorentina has lost two games in a row. Will the Violets be able to break their losing streak at home to Verona? Check the team conditions and choose several betting options.

Vincenzo Italiano's side has yet to compensate for Dušan Vlahović's departure fully. Fiorentina has an excellent set of players in attack, but it's the attacking finisher that the Florentines are lacking. Krzysztof Piątek is another level.

The absence of the leading scorer is primarily due to the team's recent failures. First, Fiorentina failed to score in the away game against Sassuolo (1:2), scoring only once and in the 88th minute one of the worst defenses in the league. Then, after besieging Juventus the entire match in the cup game (0:1), Fiorentina failed to open the scoring and eventually conceded on 90+1. It is far from certain that the Fiorentina side will be able to solve their attacking problems before the end of the season.

The Bianconeri have exactly what Fiorentina was missing in the winter transfer window. The match against Venezia in the previous fixture was another benefit for Verona forward Giovanni Simeone. The Argentine scored three goals and brought his side to 3:1. Simeone now has 15 goals and is third on the goalscoring charts. Verona has 40 points and is ninth in the Serie A table.

Since Verona is so comfortable playing in Florence, they have not lost in five official matches in a row. Why not score again on the road? Moreover, Fiorentina recently looks much weaker than two or three months ago. The team did not concede any less, but after the departure of Vlahovic, they had problems with the attack. Prediction: Verona will be closer to victory in a more or less result-oriented match.