Genoa vs Salernitana: the Hosts to Win for the Fist Time under the German Coach 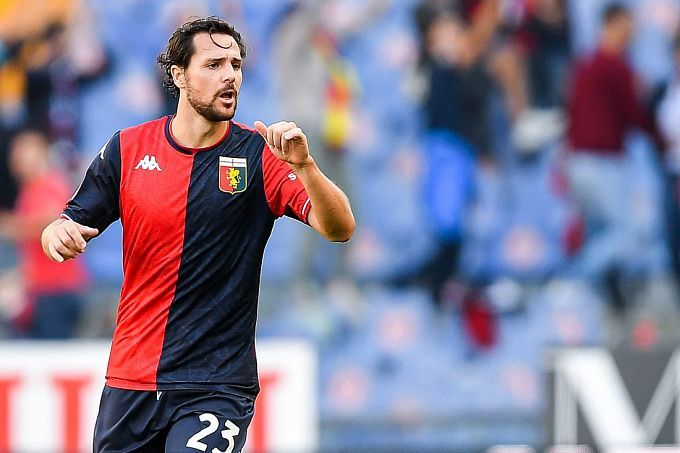 One of the most important matches of Sunday's program will be held in Genoa. Genoa will host Salernitana at Luigi Ferraris. For both teams, this match is one of the last chances to get back into the race for survival. Who will win? We'll pick a few options to bet on at once.

Genoa is not Hopeless Now

The appointment of a young German specialist Alexander Blessin as head coach has positively affected the Genoa team. After the ultra-defensive soccer of Andriy Shevchenko, even so far, only the Griffins' attempts to play offensively look sparkling.

Interestingly, as soon as Genoa began to pay a little more attention to offence, they stopped conceding. However, they failed to score in two games under Blessin, 0:0 at home to sturdy Udinese and 0:0 away to Roma is good. The team, which looked hopeless a month ago, now have real prospects to stay in Serie A next season. The Genoese are 6 points behind from the saving 17th position, but there are 14 matches ahead. A comeback looks possible with such playing, which Genoa showed in the previous two games.

Salernitana is Still the Main Outsider

It's not just the fact that the club from Salerno is in last place in the league standings. The team is characterized as the main outsider of the seasonby almost everything it does. Signing the fractured and unmotivated Ribery as potentially the club's biggest star. Scandalous reshuffles in the management almost caused the withdrawal from the championship. Castori's coaching change to Colantuono is hardly a deliberate decision. Now there's also the winter transfer campaign. Salernitana bought up literally everyone they could find, from Federico Fassio to the Norwegian Bohinen on loan from CSKA Moscow. I wonder when coach Colantuono will have to field an almost new lineup.

Last round, however, one newcomer did bring Salerno a result. In the home game against Spezia, Simone Verdi did the double. It was enough only for a draw. 2:2 - the Salernitana are 9 points behind the saving 17th position. Chances for the final salvation are, frankly, slim.

Genoa's chances of survival at the end of the championship look much more realistic than those of Salernitana. The visiting team was simply not ready for promotion and will almost certainly return to the more comfortable Serie B. The Gryphons, on the other hand, were quick to admit their mistake, swapping coach Shevchenko for the more experienced in club mentoring and modernist Blessin. As it seems, in the upcoming game, Alexander will get the first win for Genoa.