Inter vs Verona: the Mastiffs to Put Up a Fight Against the Nerazzurri 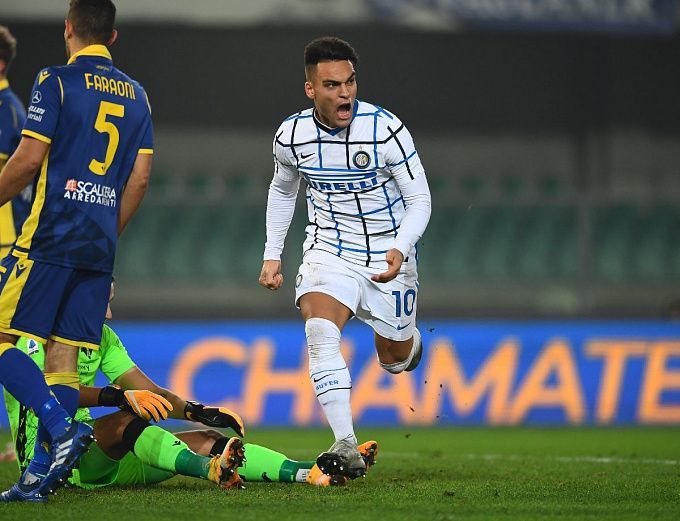 Prediction for the Inter vs Verona Serie A match, which will take place on April 9 at 19:00. Who will be stronger? Check the teams’ conditions and expert betting tips. Several betting options are available!

Inter suffered two setbacks in the last three rounds. The club played in a draw (1:1) with the opponents whom it should have beaten - Torino and Fiorentina. But in the past matchday the Nerazzurri managed to recover as they beat Juventus 1:0. As for a possible Scudetto, Inter Milan still have a chance, but they need to improve. At the moment Simone Inzaghi's team is in third place in the standings with 63 points, they are four points behind leading AC Milan, but they have a game in hand. In general, any slip-up in the final rounds could be a verdict for Inter.

Verona is having a good season where it holds the benchmark being a solid average performer in Serie A. In the run-up to this round the Mastiffs are in ninth place in the standings with 45 points. There is still a theoretical chance of European Cup, but it is hard to be sure. It should be noted that Verona has only one defeat in the last seven matches, also three wins and three draws.

Bookmakers believe that Verona won't cause Inter any problems. But we do not agree with them. The Mastiffs are a very strong team, which can also compete with the top clubs. They have scored in their recent seven games, and Inter's defense gave trouble in the March games against Torino and Fiorentina. We think that betting on an away goal is a great decision. Prediction: Verona individual total over (0.5).