Spezia vs Roma: the Giallorossi May Lose, Score and Concede 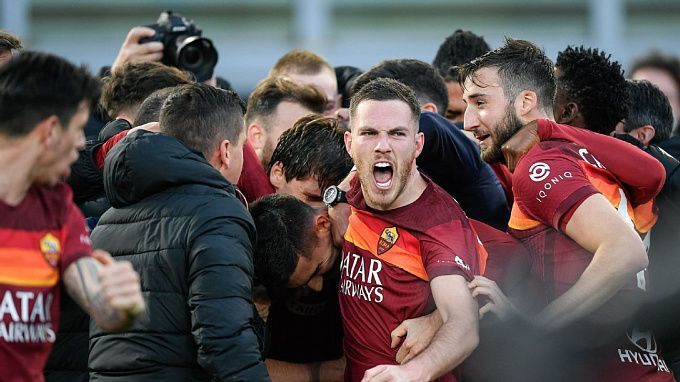 Jose Mourinho's Roma cannot win in three rounds. Will the Romans end their losing streak after the away game against La Spezia? Let's choose several options for betting.

After coach Vicenzo Italiano left Spezia at the end of last season, it seemed that now the team had no chance to stay in Serie A for another season. But with the new coach Thiago Motta, the Eagles have achieved as much. As in the last championship, they managed to defeat Napoli and AC Milan, and as a result of 26 rounds, they sit in 16th place, four points away from the danger zone. Relegation is still more than real, but so far, Spezia does not look like an outsider in the race for survival.

Last week the Eagles suffered their second loss. In the away game against Bologna, the team lacked just a few minutes to seal a draw. Bologna forward Marko Arnautovic netted the decisive goal on 84 minutes. In the previous round against Fiorentina, Spezia also conceded the same goal in roughly the same minutes.

The Giallorossi have been very unstable. Is it all Jose Mourinho's fault? We're not sure. Roma is in 8th place in Serie A, two points away from the top-6, the Eurocup zone. Going higher to the Romans is not possible due to the lineup. Many players of the capital team are not ready to solve the problems corresponding to the ambitions of the club. Roma plays a well-balanced style, but they do not get their points because of poor scoring chances and systematic mistakes in defence.

Last week Roma played a decent home game against Verona, the fourth-best offence in the Serie A this season. The Romans conceded two goals early but didn't fall apart and showed their character in the second half. 2:2 - Roma again failed to score three points, but you can't call such a 0:2 comeback a failure.

We expect anything from Roma this season. The Romans might even lose. But, most likely, the Giallorossi won't leave the field without a goal. The Eagles, especially at home where they play more bravely than away, almost always concede. Spezia shoots in nearly every game. Considering the problems in defence and the ambitions of the capital club, we can say that both teams will score in the upcoming match.