Torino vs Fiorentina: Expect an exchange of goals 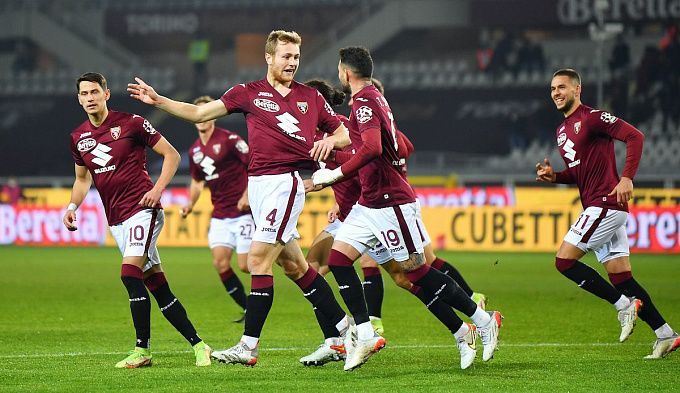 Torino will play host to Fiorentina on Matchday 21 of Serie A. Check the team conditions and choose several betting options.

Torino is correcting the mistakes of the previous season and is a mid-table side rather than a relegation contender. They are now 13th in the Serie A table with 25 points, a respectable 12 points ahead of the danger zone. Of course, European competitions are out of the question. After losing the Italian Cup to Sampdoria (1:2), Torino had beaten Verona 1:0 in Serie A but then lost 0:1 to Inter.

Fiorentina is aiming much higher, although they were also close to relegation last season. At the moment, the Fiorentina team are sitting in sixth place in the European competitions, with 32 points. However, they have many serious rivals breathing down their necks, and the possible departure of the leading scorer in Serie A, Dušan Vlahović, makes the picture less optimistic. It should be noted that Fiorentina is unbeaten in six games in a row (four wins and two draws).

In this encounter, we won't risk choosing favourites - Fiorentina are excellent, but Torino hasn't lost on home soil in six games in a row. Torino has scored at least one home goal in every match this season (except 0:1 against Juventus), and Fiorentina have scored an average of almost two per match. We believe it would be logical to bet on an exchange of goals and the total over. Prediction: Both teams will score.