Content
To top
1.
Udinese Among the Worst
2.
Lazio is Focused on the Championship
3.
Expert Betting Tips
Users' Choice
12 200 USD 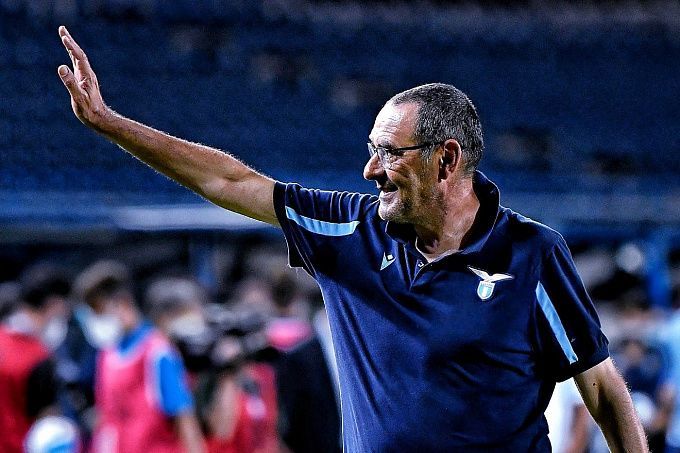 Lazio did not lose and did not concede any goals in the last four matches of the Italian championship. Will Maurizio Sarri's team be able to extend their winning streak in the away match against Udinese? We will pick several options for betting.

Udinese Among the Worst

Still, we shouldn't have thought that the coaching change at Udinese could have had any positive effect on the team's playing. Luca Gotti was doing a good job - Udinese rarely lost and had their style. His dismissal did look strange. Gabriele Cioffi is currently the acting head coach. The 45-year-old has no experience as a coach or as a player at a somewhat high level. Cioffi is unlikely to be left for next season. But why not let Gotti finish out this championship?

After the unexpected change, the team played some excellent matches in the heat of the moment but then received 2:6 at home from Atalanta. Since then, in 5 games, they scored only two goals (both in one game) and won only once - 2:0 against Torino, having scored twice in 90+ minutes. In the previous matchday, Udinese was defeated on the road by Verona - 0:4. No progress could be expected from the team. On the contrary, Udinese is demoralized.

Lazio is Focused on the Championship

Maurizio Sarri's work began to pay off in the second half of the season. The coach has sufficiently studied the players' capabilities and has conveyed his ideas to the players. Sarri finished one season at Napoli, just one win away from the Scudetto. I wonder if one of the most exciting coaches in modern soccer will also achieve something similar with Lazio.

So far, the project is only in its formative stages. Lazio is not riding off in all directions. The Romans are clearly focused on Serie A, where they haven't lost four matches and conceded any goals - 3 wins and a draw with Atalanta. The Biancocelesti are already 6th in the standings. If the team wins in Udine, they will be 2 points closer to the Champions League zone.

Last Thursday Lazio played the first match of the Europa League last 32 against Porto. The Roman team failed to achieve even an away draw - 1:2.

Lazio is in great shape at the moment. Maurizio Sarri's team is playing at the level of the best teams in the country. The Biancocelesti have scored 20 points in the last ten rounds, the same as AC Milan and Juventus. Only Inter scored more - 23.

Although they beat Torino by miracle, Udinese is one of the weakest teams in the tournament. The Zebras suffered three defeats in the previous five matches in the championship and barely escaped from the trip to Genoa, literally sealing the nil-nil draw.

It looks like Lazio has a great chance to win the upcoming game, not just for points. The participation of Ciro Immobile is questionable, but Sarri's team can manage without him. Milinkovic-Savic, who has 8+8 goals+passes this season, is doing well, and the legendary Spaniard Pedro, who has 7+4