Verona vs Atalanta Prediction: Will the Yellow and Blues Take Points Away from Bergamasca? 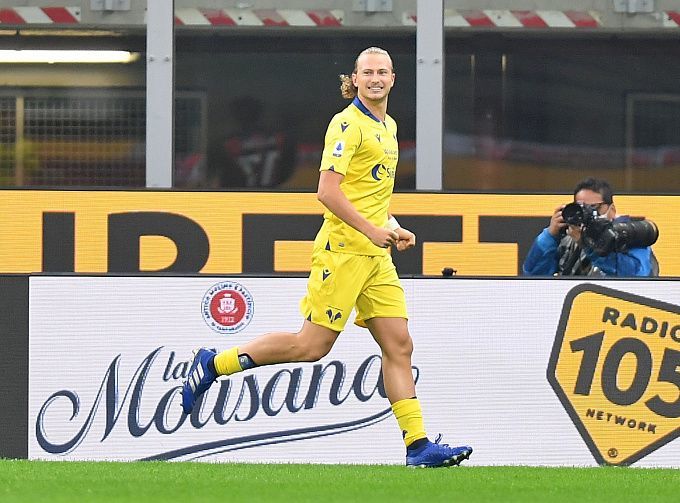 Prediction for the Serie A Verona vs Atalanta match, which will take place on August 28. Who will win? Check the teams' conditions! Also, several betting options are available.

In the first matches under the new coach Gabriele Cioffi the Veronese have not won a single victory. First, the Yellow and Blues ingloriously ended their performance in the Italian Cup, losing in last 64 on their field to a modest Bari devastatingly - 1:4. Then Verona conceded even more than Bari at home from Napoli and lost 2:5. Finally, in the second round Verona played almost quality match, but again failed to win, ending the away game against Bologna in a draw - 1:1. The start of the season shows how important the role of coach Igor Tudor, who moved to Marseille in the off-season, was in the team's success. We are also missing last season's top scorer, Giovanni Simeone, who moved to Napoli.

Having started the league season with a confident away win over Sampdoria (2:0), Gian Piero Gasperini's team faced a really tough test in the second round - Atalanta hosted AC Milan in Bergamo. The first half was perfect for Bergamasca - thanks to a goal from Ruslan Malinovskiy, they led 1:0. But in the second half the Rossoneri managed to turn the game around, scored a return goal and could score more. However, fortunately for Atalanta, Milan failed to convert their chances and left Bergamo with a tie. 1:1 is an unquestionable success for Atalanta, given the way the game unfolded.

Verona looked good in the match against Bologna and, according to xg-statistics, won. However, much of this situation is explained by Verona playing on the power play. It will be tough to play against Atalanta, but they can surely count on a draw. Bergamaschi are not what they used to be. After Alejandro Gomez moved to Sevilla, Atalanta has become the average Serie A performer. It is unlikely that this season, judging from the first rounds of the championship, they can lay claim to something more than the eighth place occupied by the team last season. The prediction is that the opponents will score once each and stop.