Verona vs Bologna: Both teams will show their best performance 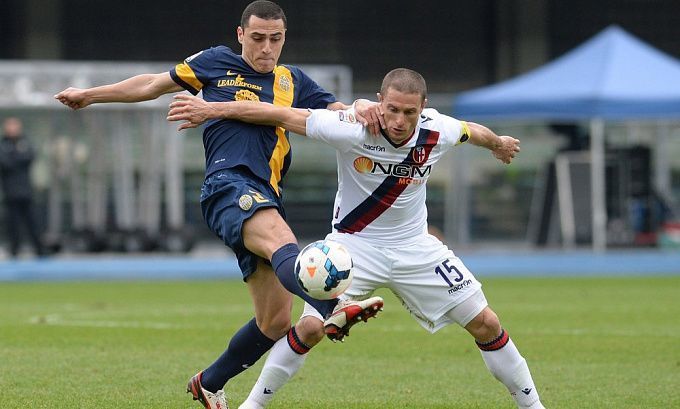 Verona had some ups and downs lately. Things could be better at the moment. The team is losing one match after another, meanwhile, the club's management is not entirely calm and confident - Maurizio Setti the current president of Verona is under investigation in connection with accusations of large financial fraud. It is still unclear how the trial will end and what, in fact, will happen to the club. The team, meanwhile, needs to wrap the championship. There are still two games left. The first one is a home match against Bologna.

It goes without saying that such high-profile events, which are now happening around the club from Verona, rarely pass without leaving a trace. It's likely that the team's results - the yellow and blue lost even to Crotone - and the state of Ivan Djuric, who was suspended at the end of that game, are connected to the president's accusations. It is clear that all this is part of the insecurity about tomorrow - the players and coaching staff, moreover, with no particular tournament goals, cannot focus on football. At least we can't explain the loss to Crotone (1-2) any other way.

This defeat to an outsider was the 8th for Verona in the last 11 matches. Ivan Djuric's team will not manage to slump more in the table, so they can lose the remaining two games if they want. The yellow-blue team is 10th now and after the meeting with Bologna will take on Napoli in an away match.

Bologna is also facing the unknown

The red and blue, as well as Verona, are not that interested in playing football for essentially non-football reasons. But if Verona lack confidence about their future, then Bologna is simply bored. Without claiming anything, as it makes no sense to compete with the leaders, having the same resources as Bologna, Sinisa Mihajlovic's team, quickly securing a place in the middle of the table, begins to fool around.

For example, in the match of the previous round against Genoa (0-2) the youngest player in the history of Serie A - defender Wisdom Amey, who was 15 years and 274 days old at the moment, debuted for Bologna on the field at the 89th minute of the match. Sinisa Mihajlovic commented on the situation this way: We are in a bad shape in terms of defense, so we even took a boy born in 2005.

Also, Bologna is interested in the CSKA and the Russian national team defender Igor Diveyev, whom they want to replace Takehiro Tomiyasu, in case of a decent offer. All in all, I don't think any serious progress is possible in the near future - the roster will not be replenished with players of a fundamentally different caliber. We'll see, but it seems that Mihajlovic won't stay in Bologna for long.

Verona lately has been losing almost on every occasion. Nevertheless, we cannot say that this is a weak team. Some matches could have turned out differently if Verona would have estimated their chances better. At some point, the yellow and blue have to breakthrough.

The same can be said about Bologna. The estimation has been one of the big problems for the red and blue this season.

It's quite possible that in this game both teams will score the goals they failed to score earlier. Moreover, not only Bologna but also Verona have been having a lot of trouble recently playing on defense.