Ivory Coast vs Egypt: The Elephants are too strong for Egypt to handle 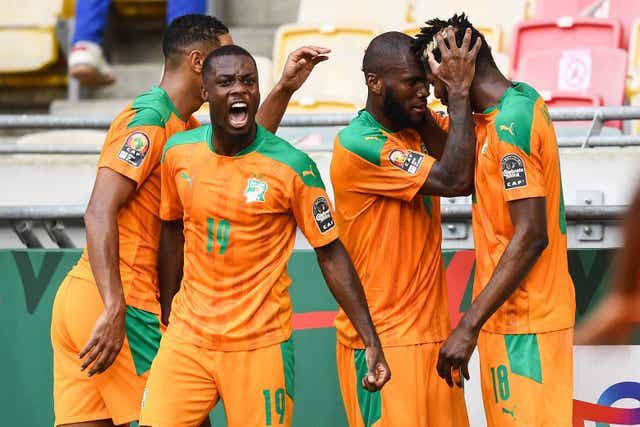 Two heavyweights go against each other at the Stade Omnisport de Douala in Douala on Wednesday. Ivory Coast will be battling the Pharaoh of Egypt to decide who's going to proceed to the next phase. Will the most successful team on the continent snatch a win here?

Unbeaten throughout the group stage, the Elephants are full of confidence and look deadly while attacking, with six goals in three matches they maintained the top spot in Group E. Seven points out of possible nine.

Got their campaign underway with a win over Equatorial Guinea before being held by Sierra leone to a 2-2 draw, three points against Algeria as they sealed their qualifications for the knockout stage.

Ranked 56th according to FIFA, the Elephants have only lost once in fifteen matches they have played in all competitions, winning eleven and drawing three.

The Egyptian Pharaoh hasn't really lived up to expectations as they finished second in Group D with six points, three points behind Nigeria and four points above Sudan.

They launched their group game with a 1-0 loss to Nigeria l and bounced back against Guinea Bissau, Mohammed Salah made the difference with just a goal.

It was a wrap as they beat Sudan to secure them the second spot. Won two and lost one.

one thing worrisome about these results is their lack of goals, something they have to work on if they want to get anything out of this match.

Presently rated 45th according to FIFA, they have been struggling with form in recent times and have only won twice in five tries, losing five.

Ivory Coast have been amazing in this tournament, the way they attack is second to none, only Cameron could match that tempo, too hot to handle for Egypt, bet on Ivory Coast for 2.26.

We are backing Nicolas Pepe to find the back of the net for 3.85.