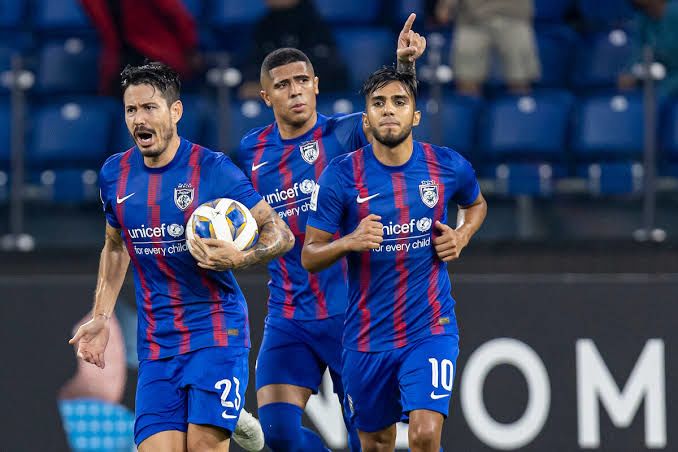 The Malaysian Super League round of 14 sees Johor Darul Ta'zim play hosts to Kuala Lumpur FA at the Sultan Ibrahim Stadium. The hosts are clear favourites to emerge victorious in this game once more.

Since they have established themselves as a force to be reckoned with and have been accustomed to winning in the first position, there has been no stopping them. They haven't encountered an opponent who can equal their motivation.

Given their impressive performance in the Malaysian Super League thus far, it is highly likely that they will once again establish their dominance and reach the finals when they play in the Malaysian FA Cup semi-finals in a few days. For this reason, they have fully focused on the league where they have been dominant.

They just defeated Sarawak Utd 4-0, putting them four points ahead of Sabah, who have been obstinately trying to unseat them from their position. However, with the points steadily accruing, it would be challenging for them to catch up at this rate.

They now have a four-match winning streak in all competitions, and if they defeat the visitors, they will be able to add this streak to their list of winning streaks.

The visitors recently defeated Kedah 2-1 at home, moving them up to fourth position and putting them one point ahead of Kedah, who is currently in fifth place with 17 points, while they have 18 points at their disposal.

With the exception of the match against PJ City at home, which they drew 0-0, they had all ended in draws. Their match against Selangor on the road ended in a 1-1 draw after they failed to score a second goal while the hosts were playing with a depleted squad. Their victory over Kedah has made them go three games without losing with just one win during that time.

This season may bring good fortune for them as they sit in fourth place and a loss may see them slide back down the table if they were to fall short against the hosts. They finished in sixth place with 33 points in their previous season.

Currently having a four-match winning streak, Johor Darul Ta'zim has been playing pretty well in the league, and in contrast to the guests, they have a much stronger roster of players to see them off with a victory.

By holding their ground and deploying a strong defense to stop the hosts from scoring, Kuala Lumpur FA will be attempting to deliver their best performance ever.

For this match I'm leaning under the double chance market combined with goals.

And for the second pick, I'm forecasting another easy victory for the hosts, but this time with a handicap because I think they'll score in some fashion.