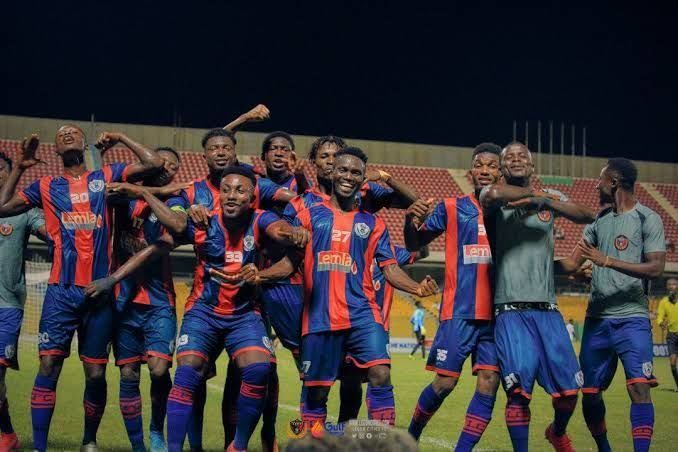 Legon Cities FC will square off with Gold Stars at the Elwak Stadium on Sunday. Both teams are two points apart, however, a win for the visitors would see them move above the home team.

Legon Cities Football Club are one of the teams in the league that have lost most games at home this season, they love playing away rather than at home. They are seven points away from playing in the Confederation tournament next season which seems impossible for now.

They earned a vital point against Bechem United on matchday 30, both teams stood their ground as nothing separated them at full time.

They have won eight, drawn three and lost four matches in the last fifteen home games.

Gold Stars are the most in-form team at home this season with thirteen wins and two losses, however, their away form has been abysmal with two points from a possible forty-five. They recorded a home victory against Real Tamale United on matchday 30, two goals from Appau and Agyemang downed the visiting team.

They have drawn twice and a lost thirteen times in the last fifteen away games and have picked up nine points from a possible fifteen both home and away.

Both teams have met once in the league this season with Gold Stars running away with all the points.

Legon Cities FC are not too spectacular at home just that the visitors are so bad away from home, we are backing them with a win and over 1.5 goals for 1.82.

The visitors haven't scored in the last away games but football is crazy and they might finally score tomorrow.