Lokomotiv vs Spartak Moscow Prediction: the Hosts to Win 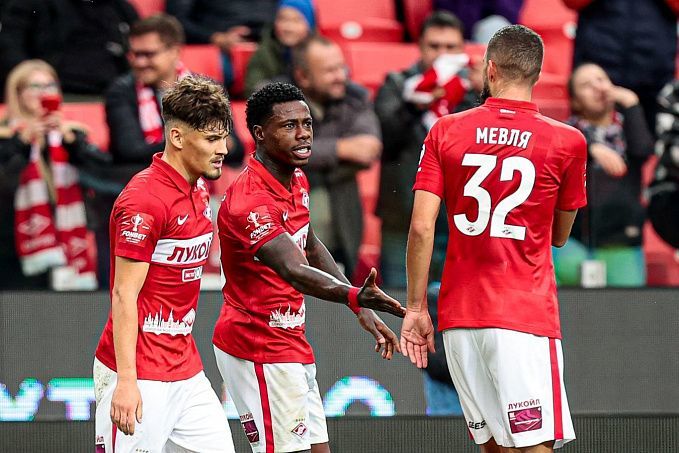 On September 18, 2022, on the field of Otkritie Bank Arena will be the match of the tenth round of the Russian Football Championship, and Spartak will face Lokomotiv. The game is scheduled to start at 19:00 Moscow time.

Spartak is gradually dropping out of contention for the title, although things started very well for them. In the first five rounds they collected 13 out of a possible 15 points, topping the Premier League standings. The first serious test awaited Red and Whites in the derby with Dynamo, suffering a defeat - 0:1. Guillermo Abascal's charges failed two more big tests: they lost to Zenit and Rostov 1:2 and 2:4, and there was practically no chance to succeed. As a result, Spartak has fallen from first place to fifth, and the gap to the leader has grown to seven points, which is virtually impossible to overcome.

This season is going poorly for Lokomotiv. Suffice it to say, they have been in the transition zone for several weeks and even now they're not that far from that spot - only one point behind 13th place. In mid-August, after a string of unsuccessful games, the club's management sent the players and coaching staff back to their base. After that they claimed two big victories over Khimki and Orenburg with a combined score of 8:1, but the effect of their week-long trip was over. In their last two games the Red and Greens lost to Akhmat and Fakel, 1:2 and 0:2, respectively, dropping to 11th place in the standings.

Spartak and Lokomotiv approach the encounter in a bad mood, as they lost their last two games in the championship. Obviously, at least one of these unsuccessful series will be interrupted at the end of the derby, and the closer to the success in this confrontation will be Red and Whites. Guillermo Abascal's charges play very well against the middles and underdogs of the Premier League, and right now the Red and White can only be classified in that ranking.

Spartak vs Lokomotiv in recent years has not been very productive, but in the upcoming game this trend has every chance to come to an end. The fact is that both teams' defenses are prone to defensive lapses, while their offense features top performers. As a result, the Red and Whites have scored 32 goals (3.56 on average) in nine games, while Lokomotive has scored 30 goals (3.33 on average) during the same span of time.

Spartak has scored only three goals against Lokomotiv in their last four faceoffs, and the author of one of them is Alexander Sobolev, who is now in excellent form. Yes, he had problems with scoring in his debut this season because Guillermo Abascal offered him a slightly different role on the field, but in the last three games he scored without fail. While all his rivals in the attack among his teammates are not in the best condition.