Mexico vs Iceland: The Mexicans won't leave the Vikings a chance 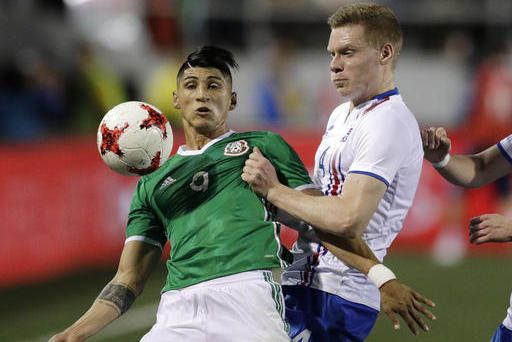 The Icelandic players have never beaten the Mexicans in their four-match rivalry history. Will Erik Hamren's wards be able to break such an unhappy streak with a victory in the upcoming battle? Our prediction: the Vikings will lose again!

The Mexican national team continues to prepare for the CONCACAF Gold Cup, where they have to defend the title they won in 2019. Around that time, they played their last official match, since then the coronavirus began, stopping all processes. Yes, since then Gerardo Martino's men have played seven friendly games, and they did quite well, winning five, drawing once, and losing once more. The main problem for the Mexicans is the absence of Raul Jimenez, who due to concussion has not played since last year, although in the team for the last 12 games he scored 10 goals.

The Icelandic team could not break into major international tournaments, but then twice in a row they were selected for Euro 2016 and the 2018 World Cup, so their absence among the participants in Euro 2020 is already surprising. The Vikings have themselves to blame, as they had a great opportunity to qualify for the continental championships through the UEFA Nations League, where they reached the final of the tie and beat the Hungarians until the 88th minute, but then Loic Nego and Dominic Soboslay completely turned the game around in the very end, leading to a 1-2 loss to the Icelanders. From then on, they were so frustrated that they suffered four defeats in the next five games, with one win over Liechtenstein.

The Icelandic team is not at its best right now. After several successful years, they began to decline sharply, and in the last eight games they suffered seven defeats with a total score of 3:18, and now they are going to Texas, with no tournament motivation. In contrast, the Mexicans continue to prepare for the finals of the CONCACAF Gold Cup, so the players will be fighting for a place in the squad trying to prove themselves, and they have won 21 of the last 24 games. As a result, we are forced to bet on the victory of the Mexican national team with a handicap (-1.5) at odds of about 3.75.

The Mexican team has not played an official match for a long time, and they do not gather that often, but it does not prevent them to find great interaction, especially in the attacking line. In the last 12 meetings, Gerardo Martino's charges have scored a total of 27 goals (2.25 average per game), which is a very solid performance. Iceland, on the contrary, now has huge problems with the defense, so they missed 19 goals in the last eight games (2.38 average per game), without once played «on goal». On this basis, the best option for the forecast seems to be an individual total of Mexico more than 1.5 goals at odds close to 1.36.

The Icelandic team will be flying to Texas for a friendly with the Mexicans, which is a challenge in itself, but it will also have a major time zone change with all the other consequences. This should be used by the Mexicans, for whom the conditions will be more familiar, so they should be as active as possible in the opening minutes of the game, while the opponent is still waking up and getting used to it. In such a situation, it is worth looking at a bet on a draw with odds of about 3.14.