Difaa El Jadidi vs Maghreb Fez Prediction: Expect many goals in this match 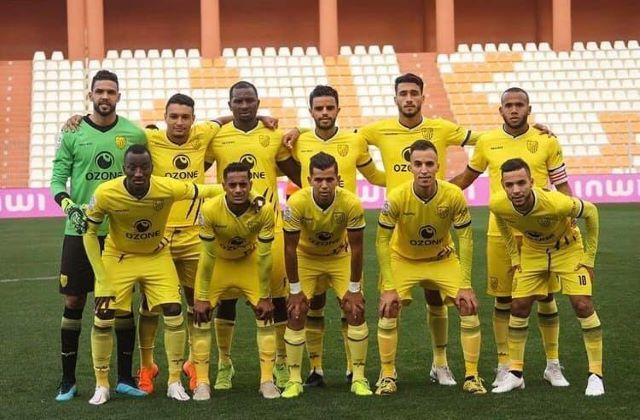 Stade El Abdi will host the Morocco Botola Pro League round five match between Difaa El Jadidi and Maghreb Fez on October 8. Difaa El Jadidi will look to turn things around in this match following a humiliating 4-1 loss on the road last week to FAR Rabat, while Maghreb Fez will look to get their first league win this season. More details about the match are given below.

Difaa El Jadidi - will the host get back to winning ways?

Difaa El Jadidi will come into this match following a humiliating and poor 4-1 loss to FAR Rabat in their last match. In that match, FAR Rabat scored the hosts in the seventh minute and got the second in the eleventh minute. However, the visitor got back to the match hoping to be able to secure a point in the second half. However, a masterclass performance from FAR Rabat in the second half was all that was needed to put an end to Difaa El Jadidi’s hope. While they have two wins already this season in four matches, Difaa El Jadidi is now seated 9th on the league table, scoring four goals and seven.

Maghreb Fez has failed to get a win this season, losing two matches to Olympique de Safi and Jeunesse Sportive Soualem and tying two against Maghreb Tetouan, and FUS Rabat in their last match. In those matches, Maghreb Fez scored one goal and conceded three. We hope the visitor can improve on their offense and be able to get a goal and win this match. Ao of now, visiting Maghreb Fez is seated in the Botola Pro League with two points in the 12th spot.

Thirteen goals have been scored between these sides in their last five matches. Despite these high goal scoring encounters, their last match ended in a 0-0 draw. In this match, we expect both teams to get back to their goal scoring form and deliver on over 2.5.