Morocco vs Ghana: Morocco to steal the points 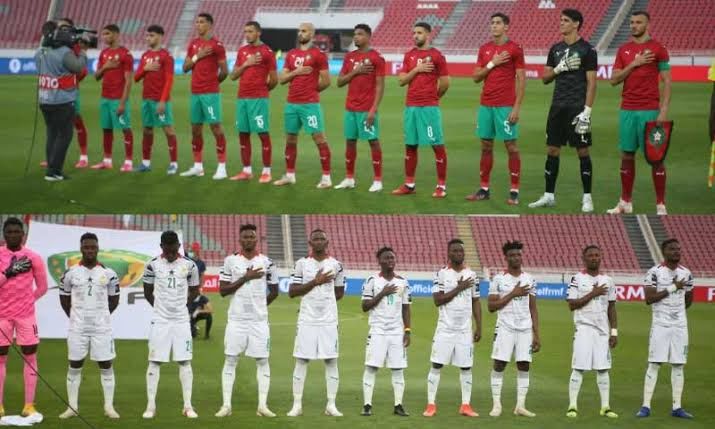 Lots of football fans all over the world will be focused on this match as Morocco lock horns together against Ghana. The two favourites to qualify in Group C . A look at our betting advice for your winnings.

The north African team will hope to recover from the quarter-finals lost against Algeria in the Arabian Cup.

The Atlas Lion are one of the favourites in this tournament and they pose a threat to any team.

The Black Stars used to be a force in this tournament but have since declined. Though they are the third-best country in history of the tournament, having won it three times.

They go into this encounter with a defeat against Algeria in a friendly match. They lost 3-0 at Qatar against the current champion.

The team is star-packed with the likes of Ayew brothers, Thomas Partey, Amatey and the rest, they just have to play together as a team if they want to go far.

Considering the recent meeting between both sides which ended in 1-0 in favour of Morocco, we are expecting a low score in this encounter.

Morocco with five clean sheets in five matches suggests that they don't concede much.

They have both met Algeria in recent times and the results show Morocco are a better side.