Content
To top
1.
Napoli are Having Trouble with the Lineup
2.
Fiorentina Played Their Worst Match of the Season
3.
Expert Betting Tips
Users' Choice
12 200 USD

Napoli vs Fiorentina: it Might be Enough for the Neapolitans to Score Once 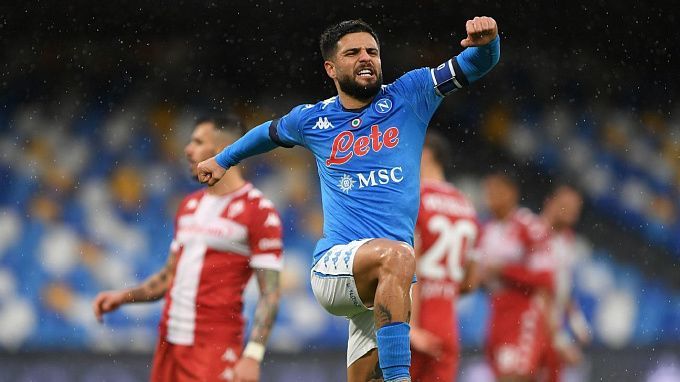 Napoli will fight with Fiorentina to reach the quarterfinals of the Italian Cup. Will Luciano Spalletti's team beat a problematic opponent? We will choose several options for betting.

Napoli are Having Trouble with the Lineup

The Neapolitan club has not been very productive since Victor Osimhen, the team's central forward, has been out injured for a long time. In addition, Hirving Lozano missed a few games because of illness. Dries Mertens and reserve centre forward Andrea Petagna are again at the helm of the offence. Scoring is a bit difficult for them.

However, in the last game, Napoli won. Luciano Spalletti's charges beat Sampdoria 1:0 at home in Serie A. Petagna scored the only goal in the 43rd minute. That was the most important achievement, which allowed Napoli to remain in 3rd place in the standings, 6 points behind the first line.

Fiorentina Played Their Worst Match of the Season

The Violets played a match of the last round on Monday and was unexpectedly defeated away by Torino. 0:4 - Torino decided the outcome already in the first half, sending three unanswered goals. Vincenzo Italiano's team cannot win in three straight rounds - before, the Italians had two draws in a row. Fiorentina is 6th in the standings and already far behind the top 4, the Champions League zone.

In the Coppa, Fiorentina has passed two rounds - at home field defeated Cosenza 4:0. Then also at home beat Benevento 2:1.

Napoli has been scoring few lately. So, the Blues have to play strictly in defence to achieve something. The upcoming game will likely be a total under, as it happened in the last five games of the Neapolitans. Fiorentina plays poorly in the away matches, and not to lose, it might be enough for the Neapolitans to score once. Prediction: Napoli is likely to win.