Content
To top
1.
Twente is favorite
2.
Will the new manager do some magic for Vitesse?
3.
Expert Betting Tips
Users' Choice
1755 200 USD

Twente vs Vitesse Prediction: Can the new manager help Vitesse 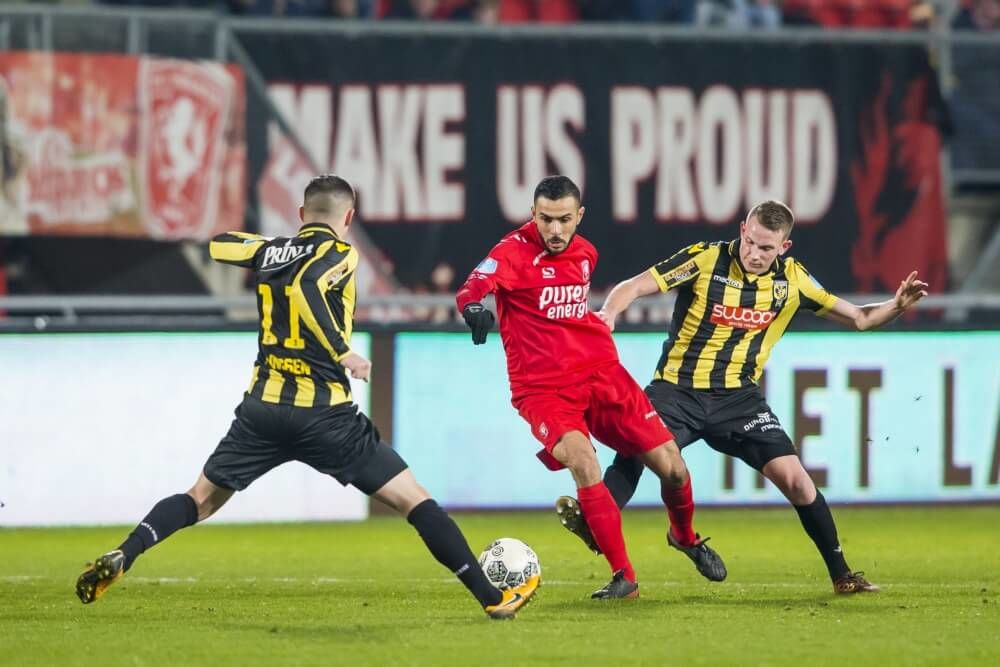 Twente are looking in decent shape, as they sit comfortably in the top half of the table, while Vitesse have endured a poor campaign so far, and are in desperate need for the three points. Both teams will enter this match in a completely different mood. Twente’s form dropped in the last 2 matches, but still they showed that this season they have stability and quality for a top half finish. Vitesse on the other hand is desperate with only one win in seven matches. They have a new manager so some new energy from the team is expected.

The host is in the 5th position on the table with four wins, a draw and two defeats. At home Twente has 3 wins in 3 matches with 9 goals scored and only 1 conceded. Twente even won against PSV on this stadium comfortably with 2:1. In this match in front of his fans, Twente is absolute favorite against the struggling Vitesse.

Will the new manager do some magic for Vitesse?

Vitesse has terrible start of the season, they are playing even below the worst pre-season predictions. Vitesse is on the 14th place with 5 points from 7 matches and only 1 win. It is very bad record for a team as Vitesse in the elite rank of Holland football. As quest Vitesse has 2 defeats and a win and maybe after the break and with Phillip Coco as a manager they will turn things around.

The host is the favorite in this match considering the form of the teams and the stats that Twente has on his stadium. Vitesse doesn’t have much to lose, he must start playing more bravely and earn points in a difficult matches. Goals are always scored in matches between these teams so I expect that it will be case and this time.