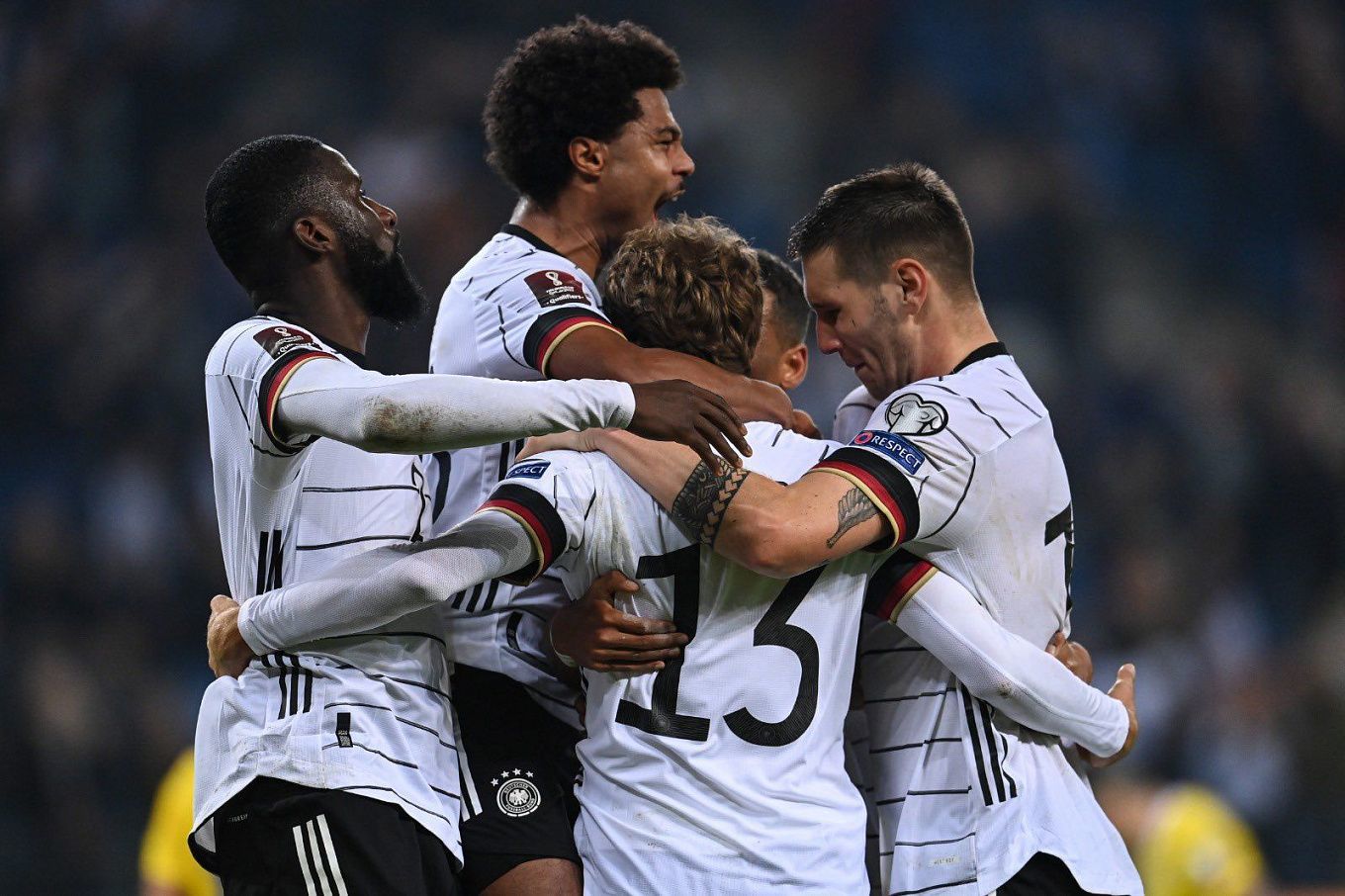 The national team of Northern Macedonia will take on Germany at their home arena. This meeting will take place in the eighth round of World Cup qualifying. Will the visitors be able to take revenge for their defeat in the first round?

The North Macedonian national team recently managed to break the streak of three draws (against Armenia, Iceland, and Romania). In the seventh round of World Cup qualifying, North Macedonia travelled to visit Liechtenstein. The Macedonians did not encounter any resistance from their opponents, scoring four unanswered goals. Thanks to this victory, the national team has 12 points. The national team of Northern Macedonia climbed up to the second position in Group J. The team is ahead of Armenia, thanks to their better goal difference.

In the seventh round of the World Cup qualifiers, the German national side took on Romania at their home ground. Fliсk’s charges were caught up as early as the ninth minute. The Bundesliga failed to find the back of the net before the break. At the beginning of the second half, Gnabry put his side in front. In the final stretch of the game, Mueller brought Germany victory. It is the fourth successive victory in the World Cup qualifying. Flick’s side has 18 points following seven appearances. Germany are confidently leading Group J, six points ahead of Northern Macedonia and Armenia.

The German team is the undisputed favourite in the upcoming match. The Germans unexpectedly lost to the Macedonians in a home game and will take revenge for this unconvincing result. In their last four games against Armenia, Iceland, Romania, and Lichtenstein, the national team of Northern Macedonia acted as the number one side. Against Germany, the home team will have to defend more. I believe that the Macedonians will not be able to cope with the onslaught of their opponents. The German team will interrupt their opponent’s unbeaten streak in the World Cup qualifying. It is possible to bet on the victory of the visitors in a productive match. However, I suggest considering the total number of corners for Flick’s charges as the main bet. In the current qualifying campaign, Germany have been serving an average of 6+ corners per game.