Raja Casablanca vs Mouloudia Oujda: Home team will unleash anger on the visitors 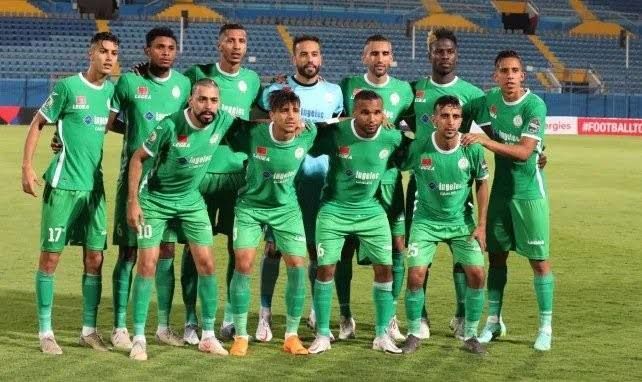 Raja Casablanca begins life without Continental football as they host Mouloudia Oujda at the 67,000 capacity Stade Mohammed V stadium. The home team can be termed as a wounded lion as they were knocked out of the CAF Champions League by the Champions Al Ahly while the visitors are struggling to survive in the league. Can the guests pour more salt on the home team's injuries?

The home team are 2nd on the log with three points behind table-topper Wydad Athletic Club, with forty points in the last twenty matches, they have won eleven, drawn seven and lost twice.

They failed to make it to the semifinals as Al Ahly eliminated them on (3-1) aggregate. Their main focus will now be on winning the Botola Pro League after CAF disappointment.

They have picked up twelve points in the last five matches and are up against a team that has only won twice in their last away matches.

Mouloudia Oujda are desperately in need of points to stay up in the Botola Pro league with nine matches left to be played this season. They have picked up twenty-one points from their last twenty-one games, that's 1.00 per game.

With a win here today, they will move one point above the relegation zone.

They were defeated at home by Ittihad Tanger on matchday 21 as they finished the match (2-3) in front of their home fans.

They have picked up nine points in the last ten away matches with two wins, three draws and five losses

The visitors have not beaten Raja Casablanca in the last nine matches, Raja have won six and three have ended in a draw.

Raja Casablanca's only hope of touching a silverware this season is to win the league, with just three points separating them from 1st placed Wydad, a win is inevitable for them, bet on a home win for 1.50.

Raja Casablanca are ready to unleash their anger on the visitors, we expect goals in this encounter, bet on over 2.5 goals for 2.08.