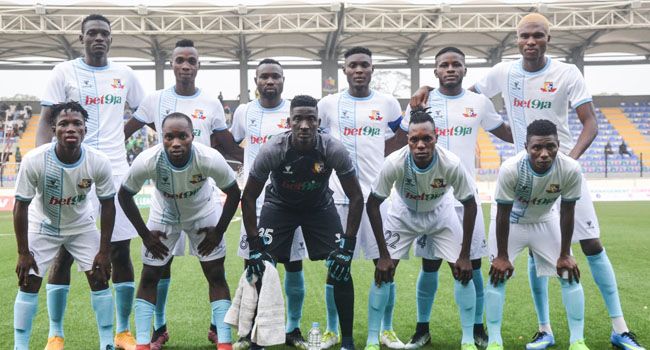 Remo Stars will square off with Kano Pillars at the Otunba Dipo Dina International Stadium on Saturday. The home team are dreaming of playing in Africa continental football next season while the visitors are fighting to stay up.

The Ogun state-based team are already aspiring to play in Africa and a victory here will see them leapfrog Enugu Rangers in the third spot. They are one of the toughest sides in the league this season with thirteen wins, seven draws and nine losses in the last twenty-nine games.

They almost ran off with a point against the league's favourite on matchday 29, however, Enyinnaya Kazie’s goals ensured they left with nothing.

They have now won seven home games in a row scoring fifteen and conceding just once. Although they have lost once at home this season and are still ranked 4th on the home form record with eleven wins, and two draws.

The visitors are in the same form as the hosts having won three times and lost twice in the last five matches. They are three points away from the relegation spot with eleven wins, five draws and thirteen losses so far this season.

They were lucky against Katsina United on Monday when Ali Malam slotted it in from close range for Kano Pillars in the 90th minute as the match ended in favour of the home team.

They have won once, lost ten times and drawn twice in the last thirteen away games.

Both teams have met three times and Kano Pillars have won once and two matches have ended in a draw.

Remo Stars are more focused this season and that has reflected in their results both home and away, they have a very good goalkeeper who is more interested in clean sheets, we believe Remo Stars will get all the points here for 1.40.

We are not certain if this fixture will deliver us goals, bet on home and under 3.5 for 1.65.