Sao Paulo vs Fluminense: Fluminense will have to overcome negative record in away debuts to beat Sao Paulo 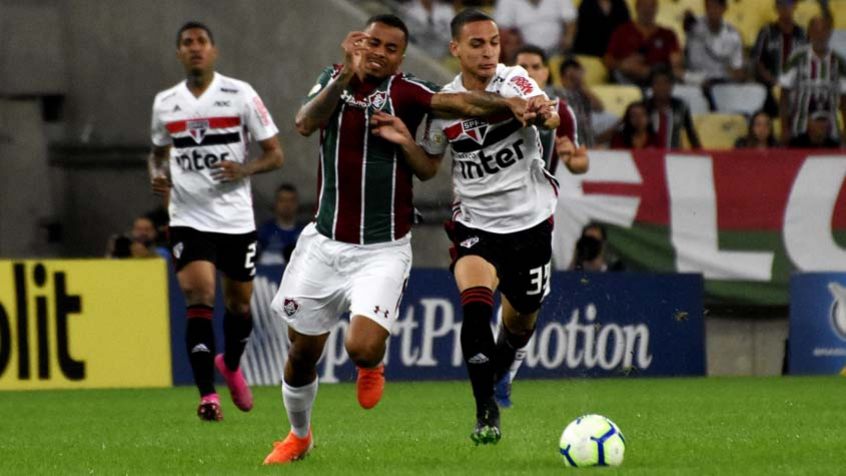 One of the central matches of the opening round of the Brazilian A-Series - 2021 will take place at Morumbi, where Sao Paulo will face Fluminense. The team from Sao Paulo is in great shape and is quoted as a sure favorite for the upcoming game. It should be noted that both teams played a Libertadores Cup match last Wednesday and both won, with Flu having a sensation by beating River Plate in Buenos Aires.

Before beating Sporting Cristal 3-0, Sao Paulo defeated Libertadores Cup winner Palmeiras 2-0, a victory that allowed the Tricolor to become the state champion of Paulista. The Libertadores Cup group stage is now over, with Sao Paulo finishing second in Group E, three points behind Argentina's Racing. It should be noted that in the six games played, Sao Paulo conceded only two goals, scoring nine times. Sao Paulo did not concede any goals in the finals and semifinals of the state championship. For the record, Sao Paulo has the 6th most expensive squad in the division, the team was led to triumph in the state championship by Hernan Crespo, appointed head coach of the club on February 26, 2021.

Fluminense has the 10th most expensive lineup in the division. And unlike Sao Paulo, Fluminense failed to win its state championship. In the Carioca final, Fluminense lost to Flamengo in a 2-match clash. On the other hand, the team from Rio de Janeiro defeated the stalwart River Plate in the last round of the group stage of the Libertadores Cup and made it to the playoffs of South America's most prestigious tournament from first place. Fluminense scored 11 points in six games, two points ahead of River Plate. By the way, Fluminense made it to the playoffs thanks in large part to its excellent away game. In three away games, the Tricolor scored seven points and six goals. It should be noted that in 2021, Fluminense also changed coaches, with 46-year-old Roger Machado at the helm of the team from March 3.

Sao Paulo is in great shape, and Fluminense will come to Morumbi after a difficult match at the Monumental. Last season Sao Paulo beat Fluminense twice, we will not be surprised if the team from the biggest city in Brazil wins this time as well. As for the total, we hope that the upcoming meeting will please us with three goals or more. Here are the betting variants for one of the central matches of the first round of the A-Series: Fluminense to win for 4.75, Sao Paulo to win for 1.81, Draw for 3.50.