Alaves vs Granada: Will the Basques Catch Up with the Southerners? 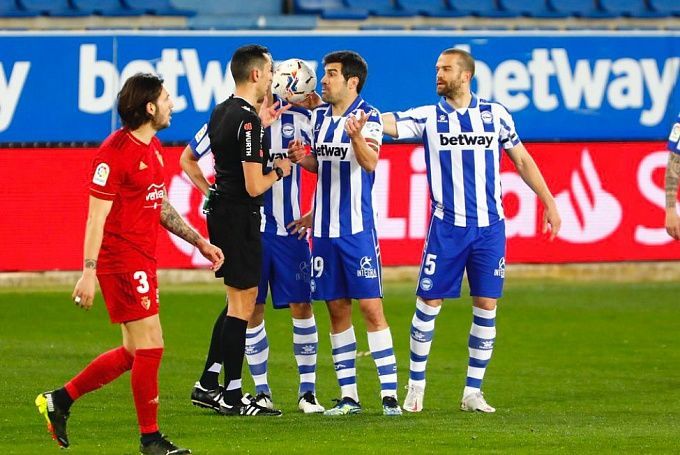 Saturday's pool of the La Liga 29th round will start with the match between Alaves and Granada. The outsiders and rivals for survival will meet. The bookmakers are on the side of the Basques, despite the weak recent statistics of the hosts.

For more than a month, the Basques have not won. Since then they have played four matches, losing two against Real Madrid and Real Sociedad and sealing two draws against Getafe and Sevilla. Two points in four rounds are nothing but the Basque calendar in this period wasn't easy. As a result, Alaves is stuck in the relegation zone, losing to their opponents by three points. Alaves played 14 matches at home, winning only 4, which is the 17th statistic in the division. It is important to note that Alaves has a big xG deficit, somewhere around 10 goals, and the Basques have only 10 home goals or 0.71 per game on average.

The Southerners have not won since the end of December 2021. In March, the Nasrids lost to Valencia 1:3. At home they fell to Elche 0:1. In the last eight rounds, Andalusia earned only one point. Terrible numbers, but Granada continues to stay above the relegation zone, 17th position, ahead of Cadiz by one point. The away statistics of Granada is 14, so it seems that everything is not so bad, but the southerners have one victory in 14 games with 11 goals. By the way, last round Granada did not deserve to lose to Elche, according to the statistics xG the Nasrids gained 1.52 points. Still, there is a feeling that Granada will come to the Basque Country for a draw, and will try to be as careful as possible in defense.

The rivalry between Alaves and Granada has been quite productive lately. For example, the past three head-to-head encounters were over ones. In the first round, Granada defeated the Basques 2:1 at home. However, we do not expect any goal records. We believe that the match will be tough and fierce and the only goal may decide the outcome. They are outsiders, now, 10 rounds before the end of the draw, the result is in the first place, and six points are at stake. We are on the side of the Basques. Besides the fact that Granada plays poorly away, only the home team has won in their last three games.